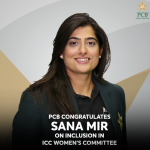 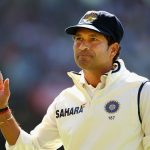 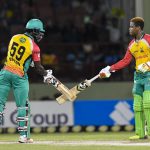 By Peter Miller, Georgetown, Guyana, July 17, 2019: The 2018 Hero Caribbean Premier League (CPL) a breakout season for Shimron Hetmyer, which he has used a platform to further his international career and get picked up in other T20 tournaments such as the Indian Premier League (IPL). Having finished last season as
Read More 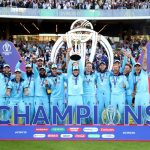 Lord’s London, July 14, 2019: England are the ICC Men’s Cricket World Cup champions for the first time after Jofra Archer held his nerve to help beat New Zealand in a nail-biting Super Over at Lord’s (England lift World Cup). The Black Caps needed two to win from the final ball but
Read More 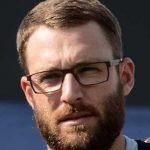 By Daniel Vettori, July 13, 2019: Both teams will be very excited about reaching the World Cup final, and the crowning of a first-time winner makes it extra special (New Zealand win). They’ve both reached finals, New Zealand win at the last edition four years ago and England back in 1992, but
Read More 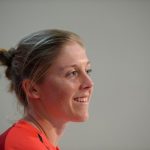 By Heather Knight, July 13, 2019: Lifting the World Cup at Lord’s was the best experience I’ve had in cricket – and I’d love nothing more than for England’s men to enjoy every moment against New Zealand. Playing in a home World Cup final is a once-in-a-lifetime opportunity and these guys will
Read More 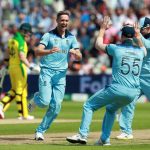 Edgbaston, July 11, 2019: A new nation will lift the ICC Men’s Cricket World Cup after England joined New Zealand in the final with an emphatic eight-wicket victory over Australia at Edgbaston (Superb England march). Australia had won the toss and chosen to bat, but a blistering opening spell from Chris Woakes
Read More 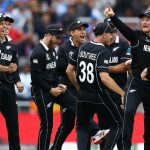 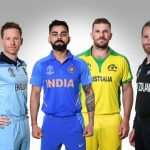 London, July 7, 2019: The ICC Men’s Cricket World Cup 2019 group stage has exposed 10 nations to every possible pressure, examining every nook and cranny of their method in the 50-over format. India, Australia, England and New Zealand have ridden the wave and reached the final four on the strength of
Read More