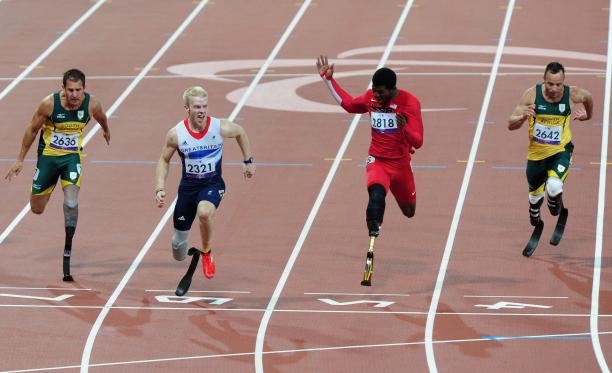 Germany, Sept 18, 2012: The London 2012 Paralympic Games proved to be a huge online success according to the International Paralympic Committee (IPC) with record breaking figures for its website and social media channels.

Headline figures published on Tuesday (18 September) for the period 29 August to 9 September show:

* 50% increase in followers of @paralympic

* Over 300,000 views of behind the scenes videos provided by athlete Samsung Bloggers

Craig Spence, the IPC’s Director of Communications, said: “We said prior to the Games that we expected London 2012 to be a digital Games however even these numbers have surpassed our expectations.

“By embracing new technologies and media it is not just the IPC who enjoyed astronomical figures during the greatest Paralympic Games ever but so have international sport federations, National Paralympic Committees and LOCOG.

“One of our objectives for London 2012 was to raise the profile of leading athletes. In terms of social media we appear to have achieved this with many athletes enjoying significant growth in their Facebook and Twitter followings.”

A total of 1.9 million people visited paralympic.org during the course of the Games.

One in six visitors came from the host country, with USA, Germany, Poland and Canada making up the top five visiting countries.

Day one of competition saw more visitors to the site than the whole of the Beijing Games, a trend that continued throughout London 2012.

More than 780 hours of live sport were broadcast on paralympic.org throughout London 2012 across five channels with commentary in English and Spanish.

During the Games the IPC uploaded over 1,000 hours of sporting action to its YouTube channel www.youtube.com/paralympicsporttv as well as coverage of the Ceremonies in full.

The IPC’s official Facebook group www.facebook.com/ParalympicGames grew by 130% during the Games and now has over 136,000 likes.

Athletes also recorded significant growth in their social media followings as a result of their performances.

Great Britain’s 100m T44 gold medallist Johnnie Peacock saw his Facebook fan page grow by 3,258% during 12 days of competition whilst his Twitter increased by 1,305%. Irish sprinter Jason Smyth, a gold medal winner in the 100m and 200m T13 events, enjoyed 2,174% growth in Facebook fans, Sarah Storey, a winner of four cycling golds for Great Britain saw her Twitter followers grow by 178% and Hannah Cockcroft, a double gold medal winner on the track, recorded a 381% growth in her Twitter following.

Between 29 August and 9 September, the IPC’s Facebook pages had over 82 million views from 24 million users with the top five countries been USA, Italy, France, UK and Canada.

New Google+ and Flickr pages made live prior to the Opening Ceremony now have over 50,000 followers and page views respectively.

An innovative collaboration between the IPC, LOCOG and Samsung called Samsung Bloggers also proved extremely popular with 47 athletes producing over 600 behind the scenes video blogs in London. These have already had over 350,000 views on YouTube.

Over 10 million unique users visited london2012.com more than 25 million times during the Paralympics and a further 5.8 million people upgraded their London 2012 App to the Paralympic version. —- IPC