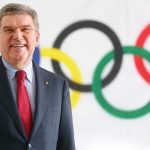 Tokyo, July 23, 2021: Please find below the full speech delivered by International Olympic Committee (IOC) President Thomas Bach during the Opening Ceremony of the Olympic Games Tokyo 2020 today, 23 July 2021. Your Majesty, the Emperor,Dear Athletes,Dear Prime Minister Suga Yoshihide,Dear Governor Koike Yuriko,Dear President of the Organising Committee and fellow
Read More
Tokyo, July 21, 2021: The secret ballot was held at the 138th Session in Tokyo, two days before the Opening Ceremony for the Olympic Games, under strict COVID-19 restrictions. The Session heard presentations by Brisbane 2032, including by video link-up from Australian Prime Minister Scott Morrison, as well as a final report
Read More 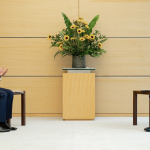 Tokyo, July 14, 2021: Today, IOC President Thomas Bach and Japanese Prime Minister SUGA Yoshihide held a meeting to discuss the preparations for the Olympic Games Tokyo 2020, which will open nine days from now on 23 July. The meeting was also attended by Tokyo 2020 President HASHIMOTO Seiko.After the meeting, the
Read More
Lausanne, June 22, 2021: The International Olympic Committee (IOC) today launches “Stronger Together”, a global Olympic campaign that celebrates athletes by showcasing their journey to the Olympic Games Tokyo 2020, and how they kept moving even when the world around them stopped. The story celebrates their strength, resilience and determination to bring
Read More
Lausanne, June 9, 2021: With our final qualification event officially in the bag, we’re happy to congratulate and announce the first 80 skateboarders headed to the 2021 Summer Olympic Games. Tokyo is set to be the biggest stage skateboarding has ever seen, and as we inch closer to the date, it’s all
Read More
Lausanne, June 2, 2021: The International Olympic Committee (IOC) today announced that the IOC, the International Paralympic Committee (IPC), and the Organising Committees of the Olympic Games and Paralympic Games (OCOGs) Paris 2024, Milano Cortina 2026 and LA28 will together introduce a new global hospitality model. Fans and stakeholders will have access
Read More 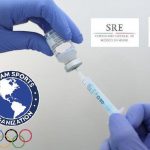 Santiago, Chile, May 18, 2021: Panam Sports has reached an important agreement with the University of Miami and the Mexican Consulate in Miami to receive 4,000 vaccines that will be used to help ensure the health of the athletes and officials who will participate in the Tokyo Olympic Games this July, as
Read More 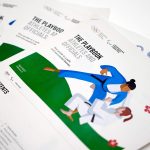 Lausanne, May 06, 2021: As part of the plans to ensure safe and secure Olympic and Paralympic Games Tokyo 2020, the International Olympic Committee (IOC) today announced the signing of a Memorandum of Understanding (MoU) with Pfizer Inc. and BioNTech SE to donate doses of the companies’ COVID-19 vaccine to Games participants
Read More 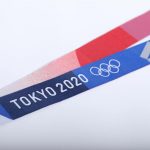 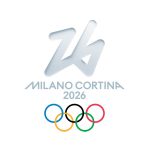 Lausanne, April 19, 2021: The second International Olympic Committee (IOC) Coordination Commission meeting with Milano Cortina 2026 held virtually today, 19 April 2021. Despite the ongoing difficulties related to the COVID-19 pandemic, the Milano Cortina 2026 Organising Committee could show the significant progress that it has been able to make since the
Read More