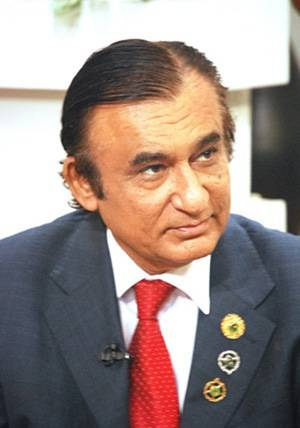 World record-holder orthopedic surgeon, who carried out more than 4000 surgeries to get a place in Guinness book of world record and cricket organizer Dr Shah was elected as member of Sindh Assembly in 2008 thus became Sports Minister of the province.

Dr Shah made great contribution to Karachi’s cricket and constructed a stadium named after his late father Justice (retd) Asghar Ali Shah. Many world class cricketers visited the stadium and played exhibition matches on different occasion. He also made first ground for women dedicated to female Hockey and Football players. He was also instrumental in spreading a network of stadia and grounds all over the province. Acknowledging his unmatched achievements in sports and surgery, Government of Pakistan gave him three highest civil awards on different occasions in 1997, 2003 and 2008.