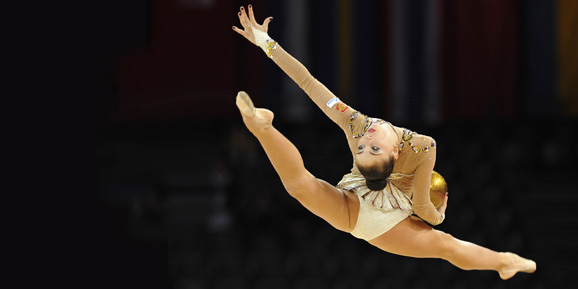 LAUSANNE (SUI), FIG Office, April 30, 2012: Artistic gymnasts from sixteen different nations won medals at the Grand Prix Osijek 2012, a FIG Challenge Cup that took place past weekend in Croatia. Canada’s women were most successful in Osijek with three Golds in all. The country’s top performer at the 2011 World Championships, Christine Lee, outscored the field on Uneven Bars (14.475), while sixteen year old Elsabeth Black won Saturday’s Vault Final (14.575) and edged out Switzerland’s Giulia Steingruber for the Floor title (13.725) on Sunday

Osijek marks the biggest competition in the budding career of Black, who is coached by two time Canadian Men’s Olympian David Kikuchi. “With every successful competition her confidence is growing, and she has been handling all of her new challenges beautifully,” said Kikuchi. “I think that with her good results, recently she has put herself into the Olympic picture.”

In Men’s, Great Britain’s Daniel Purvis and Greece’s Eleftherios Kosmidis tied in first place for the Gold on Floor (15.550). Second in Qualifications, Diego Hypolito of Brazil crashed at his second tumbling pass and fell back to last place in the Final.

Just seventh during preliminaries, former World Champion Vlasios Maras was back on top in the Horizontal Bar Final to win a second Gold for Greece (15.600). Croatia’s Filip Ude and Marijo Moznik were leading in Qualifications on Pommel Horse and Horizontal Bar respectively, but fell back to place six and five in the Finals. The best result for the host country went to Tijana Tkalcec, who finished fourth in Women’s Vault. 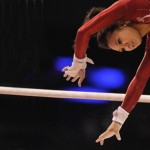 LAUSANNE (SUI), FIG Office, April 30, 2012: Russia’s Rhythmic Individual and Group gymnasts claimed seven out of eight Gold medals at the FIG World Cup past weekend in Penza (RUS). With a 115.874 total, Daria Kondakova outscored her compatriot Daria Dmitrieva (113.525) and Azerbaijani Aliya Garayeva (112.750) in the Individual All-around and took another Gold on Ball, where she left Anna Alyabyeva of Kazakhstan (27.625) and Dmitrieva (27.600) in her wake.