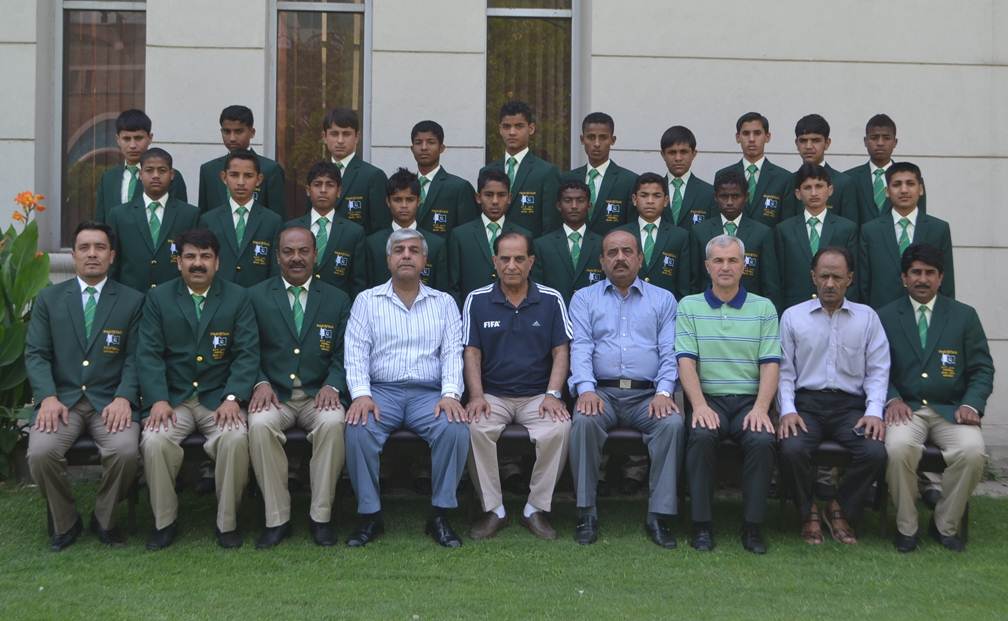 On April 24th Pakistan National Team will face Turkmenistan at the Samen Al Aemeh Stadium in Mashad, Iran and followed by their games against Kyrgyzstan on 26, April, arch rival India on 28 April, Host Iran on 29 April.

According to the press release issued here by PFF, Makhdoom Syed Faisal Saleh Hayat, President PFF wished all out success for the U-14 national team. He hoped they shall play in a stupendous manner as the peoples of Pakistan are looking for a victory by their youth players. He expressed his satisfaction on their training and the ability to play well.

View all posts by: Abdul Rahim
One Response to “PFF Announced its squad for AFC U-14”