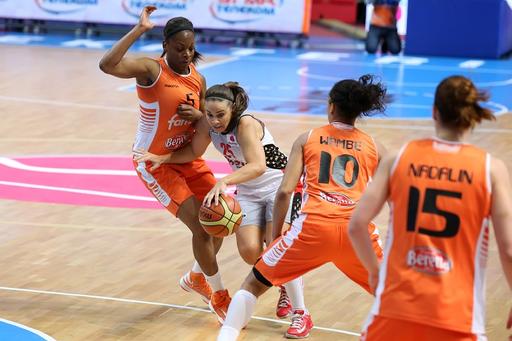 Munich – Germany, July 04, 2013: FIBA Europe announced on Wednesday the composition of its two European club competitions for the upcoming 2013-14 season.

Twenty teams will participate in the EuroLeague Women, with 17 of them having seen action also last season, including defending Champions UMMC Ekaterinburg.

The three ‘newcomers’ are French outfit BLMA who are returning to EuroLeague Women after an absence of one year, twice EuroCup Women Runners-up Kayseri Kaski of Turkey and Lithuanian champions Kibirkstis VICI-IKI, for who is their first ever venture in the competition.

There are 28 teams registered to take part in the EuroCup Women 2013/14 season, including the competition’s defending Champions, Dynamo Moscow. Russian, Turkish and French clubs, dominate the roster of this year’s competition.

The Draw for the two competitions is scheduled for Friday, 5 July, in Munich.