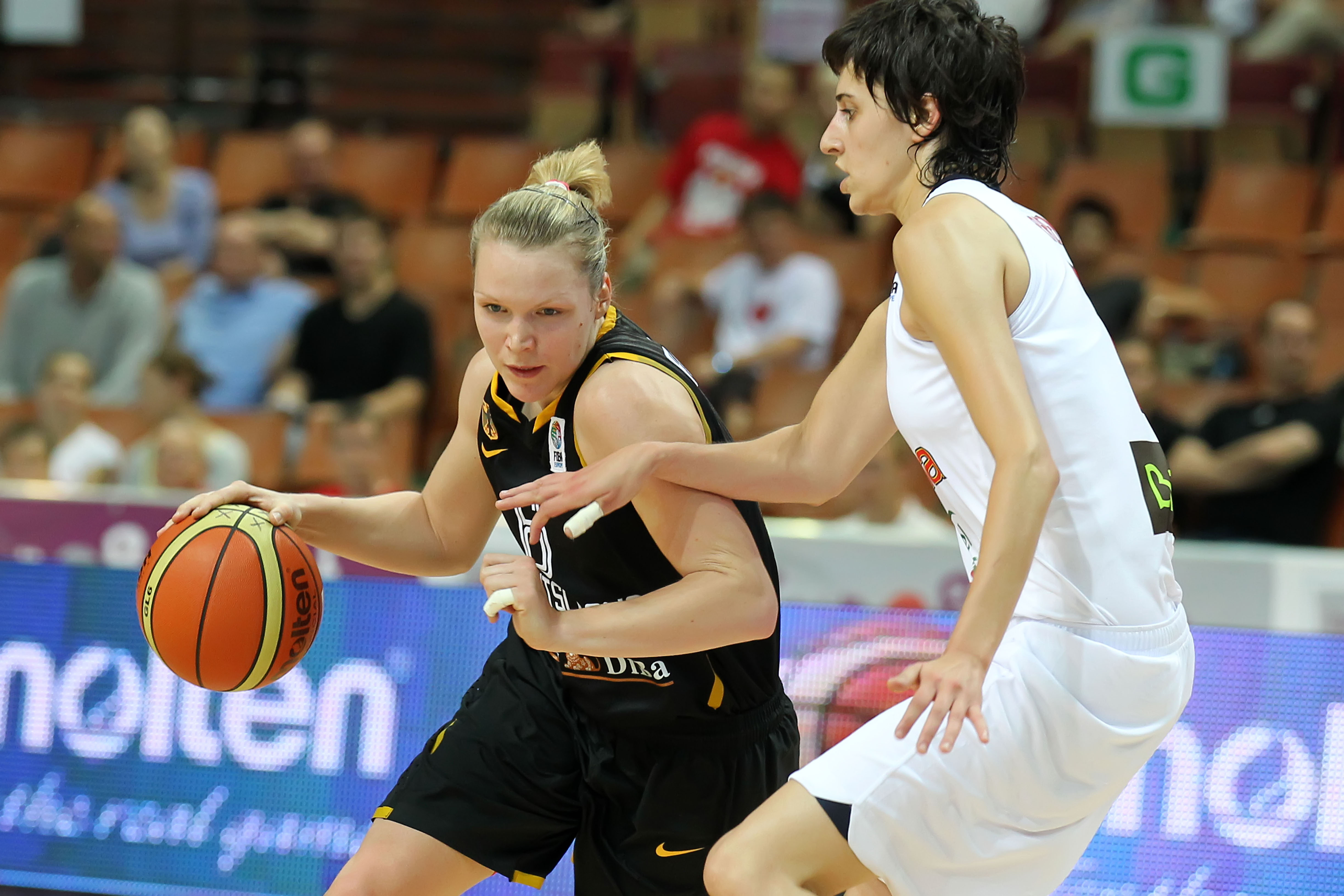 Freising – Germany, July 06, 2012: The Draw for the EuroCup Women was concluded Friday in Freising, Germany. 30 clubs from all corners of Europe have entered the 2013 season. They were divided in eight Regular Season groups (six groups of four teams each and two groups with three teams).

The top two teams from each group advance to the Eighth-Finals. The EuroCup Women Regular Season will start on 25 October and conclude on 29 November. All postseason match-ups, from the Eighth-Finals to the Finals will be played over two legs (home and away).

The Final will be played over two legs on 7 and 14 March 2013. The Regular Season groups for EuroCup Women 2013 are as follows:

The Regular Season will tip off on 17 October and will conclude on 6 February. For the Regular Season the 21 participating clubs were divided in three (3) groups of seven (7) teams. The top five (5) teams from each group (if the Final Eight hosts are among the top five in their group) will advance.

If the hosts are not among the top five (5) in their group, the top four (4) in every group plus the two best fifth (5th) placed teams will advance.

A best-of-three Eighth-Final play-offs series in February will then decide who will join the hosts in the Final Eight.
The Final Eight will take place in a pre-determined venue and have its peak in the Final on 24 March 2013. The host venue will come from one of the EuroLeague Women participants and it will be chosen after a bidding process, in fall this year.
The EuroLeague Women 2012/13 Regular Season is as follows: