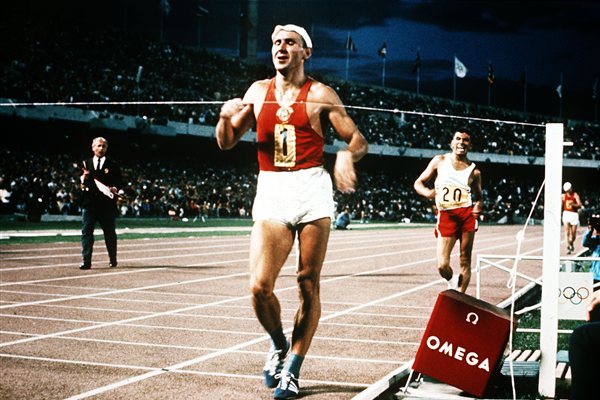 Monaco – Sept, 15, 2012: Ukraine’s two-time Olympic champion and multiple World record breaker Vladimir Golubnichiy is the latest athletics legend to be named as one of the 24 inaugural Members of the IAAF Hall of Fame which has been created to mark the year of the IAAF Centenary.

The announcement of this honour marks the staging of the 2012 IAAF Race Walking Challenge Final, which took place yesterday (14) in Erdos, China.

Vladimir Golubnichiy (Soviet Union/Ukraine) is one of only a handful of athletes who have competed at five or more Olympic Games and the Ukrainian, who concentrated on the 20km Race Walk internationally, can look back to a long and illustrious career at the highest level.

“The incredible career of Golubnichiy made his inclusion in the IAAF Hall of Fame unquestionable,” commented IAAF President Lamine Diack. “Not only was he a repeat Olympic champion and World record breaker, the span of his international career was truly awe-inspiring. With a silver and bronze giving him a total of four Olympic podium places, Golubnichiy, who set his first World mark in 1955, was still good enough for seventh place at the 1976 Olympics!”

Click here to read Golubnichiy’s profile in the Hall of Fame Members’ section of the IAAF website – http://www.iaaf.org/mini/HOF/Members/Members.aspx – and to discover the other inaugural members who have so far been announced.

To mark the IAAF Centenary, a total of 24 athletes will become inaugural Members of the IAAF Hall of Fame in 2012, with the Official Induction Ceremony taking place at the IAAF Centenary Gala in Barcelona, Spain on Saturday 24 November 2012. —- IAAF/Image: (Getty Images)