Home  »  OTHER SPORTS   »   World SUPERSERIES to be ‘Better than Ever’ 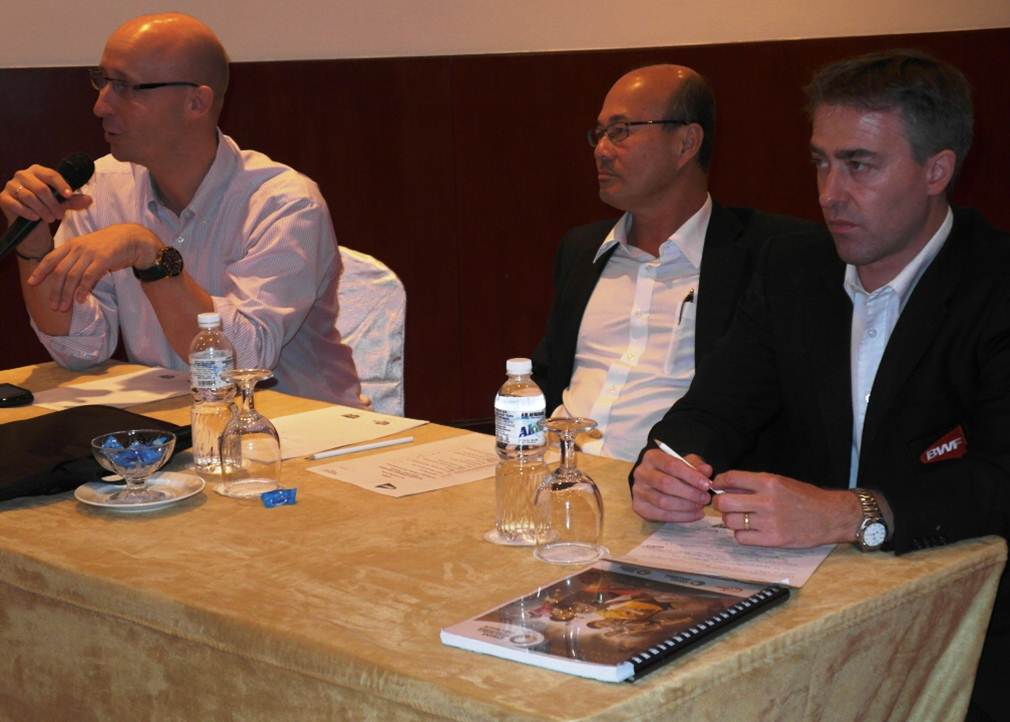 Speaking to representatives of hosts for the 2014-2017 tournament series on Monday in Kuala Lumpur, BWF Deputy President Paisan Rangsikitpho noted there has been significant and consistent growth in key areas such as media and sponsorship revenues and broadcast viewership – both in terms of television distribution and viewership via the BWF’s online channel http://badmintonworld.tv).

He is “extremely optimistic” that this augurs well for the new 12-tournament series which starts next year and which will welcome Australia – and by extension the Oceania confederation – into the World Superseries fold as a host; heralding the first Superseries event to be held outside of Asia or Europe.

“We are growing all the time. There’s more interest in badminton as a sporting spectacle and we’ve seen its commercial value increasing in line with this. The keen bidding which potential hosts engaged in for this four-year cycle shows just how highly the World Superseries is valued. Australia were very eager to be part of the tour and we are happy to welcome them. We have also seen Malaysia elevated to Superseries Premier level. That says a lot about their ambition to be seen among the best tournaments on the circuit,” he stated, citing statistics to underline badminton’s rising status on the global sporting landscape.

“Badminton is now televised throughout the year in more than 160 countries, with more than 5,000 hours of television coverage. This included more than 2,000 hours of live World Superseries coverage in both 2011 and 2012.”

“Having that live broadband channel on Youtube has opened our product to the world and made badminton even more accessible to fans,” noted Rangsikitpho.

While not disclosing specifics on media and sponsorship revenues, BWF Secretary General Thomas Lund confirmed BWF has been reaping the financial rewards of the OSIM-sponsored World Superseries success since its 2007 inception. He also highlighted the consistent rise in prize money as another positive indicator that badminton’s top-flight tour is flourishing and this will continue into the next cycle.

“Next year’s total prize money for the Superseries will be higher than ever before. Including the Finals, Superseries prize money will be at least US$6.3 million,” revealed Lund, adding there has been an annual rise in this regard since 2009.

Monday’s meeting was a knowledge-sharing and preparation session to “come up with creative thoughts and try and improve our product”, said the BWF Secretary General, stressing that early planning is key to staging high-quality events such as the Superseries. Commercial delivery, the 2014-2017 tournament calendar and fan engagement/sportainment were among the agenda items.

CEO Badminton Australia, Paul Brettell, disclosed officials from his organisation will be visiting various Superseries events this year to get all the experience and help possible ahead of Australia’s graduation from hosting a Grand Prix Gold tournament to Superseries level next year.

“It is a major step up not just in terms of the playing protocols and competition regulations but ensuring all our obligations to BWF, commercial rights holders, sponsors and stakeholders are met,” he noted.

“Our view is that this is not a competition between the 12 hosts but rather we should combine our resources and collective thinking to ensure the Superseries stays at the forefront of the sport – the better we all do and the more we cooperate and learn from one another, the more the sport will grow in status.” —- BWF