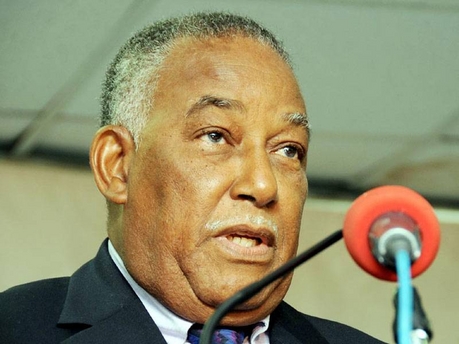 Monaco – Feb 12, 2013: It was with the deepest sadness that the IAAF received the news that IAAF Council Member and NACAC President Neville McCook, OJ, JP passed away on Monday 11 February, at the University Hospital, Mona, Kingston, Jamaica.

The Honourable Neville ‘Teddy’ McCook (DOB 27 April 1939), an IAAF Council Member since 1999, President of Jamaica Amateur Athletics Association from 1984-1996 and President of NACAC (North American, Central American and Caribbean AA) from 2007 to the time of his death, had fought a long term battle with prostate cancer and diverticulitis.

A retired marketing consultant, McCook was the Secretary General of the Jamaica Olympic Association, a Board Member of Jamaica Special Olympics, and after stepping down as President of the Jamaica Amateur Athletics Association in 1996 had continued as an Executive Administrator of the national IAAF Member Federation.

McCook was one of the founders of the Gibson Relays which were named in honour of Bishop Percival Gibson, founder of his alma mater, Kingston College. Now in their fourth decade the relays act as an important national fixture leading into the annual Boys and Girls Athletics Championships.

McCook was awarded the national honour of Commander of the Order of Distinction (CD) for Sports in 1987 and later conferred with the Order of Jamaica in 2006 also for Sports.

“The broad smile and immense energy of my close friend and colleague Teddy McCook will be greatly missed by all who had the fortune to make his acquaintance,” said IAAF President Lamine Diack.

“Teddy was a tireless administrator at national and international level, a passionate believer in our sport. The systems he helped put in place in Jamaica laid the foundations and today continue to underpin the country’s success at global championship level. Teddy’s belief, vision and commitment to Athletics which decades ago nationally saw the creation of the Gibson Relays meeting has most recently helped power the IAAF Council’s decision to create a new international competition in 2014, the IAAF World Relays. A staunch supporter of the work of the IAAF High Performance Centre in Kingston, Teddy’s lifelong mission was the enhancement of Athletics, and our sport has lost one of its strongest advocates. Our thoughts are with his wife Sonia and his four daughters,” said President Diack.

On behalf of the worldwide Athletics family the IAAF mourns the passing of one of the great servants to our sport who dedicated his life to the advancement of Athletics. The IAAF offers its sincerest sympathy and best wishes to his family and friends at this sad time. —- IAAF