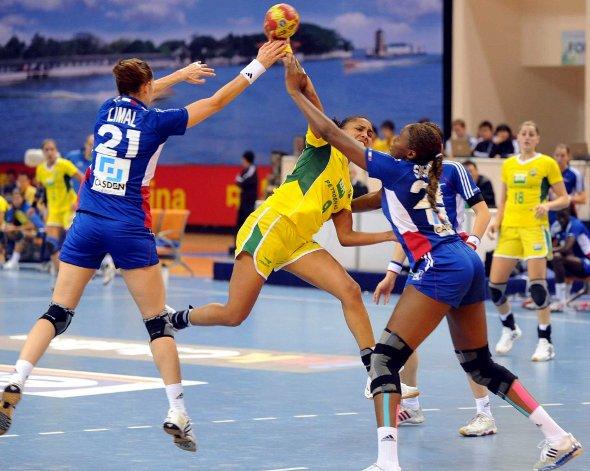 April 19, 2012: The next step to the 2012 Women’s Junior World Championship in the Czech Republic was taken on Wednesday 18 April: In Ostrava, which is, beside Brno, one of the hosting cities from 1 to 15 July, the draw event for the groups of the preliminary rounds took place.

Host Czech Republic had the right to choose their group – and they will play in Group B with Congo, Kazakhstan, Sweden, Argentina and Korea. Defending champion Norway will play in Group D against Brazil, Romania, Tunisia, Netherlands and Croatia. 2010 silver medallist and record world champion Russia is playing in Group C with Poland, Japan, Angola, Austria and France. Youth Olympic Games gold medallist Denmark faces Spain, China, Serbia, Uruguay and Hungary in Group A.

From 1 to 6 July two groups of the preliminary round will play in Brno, and the other two in Ostrava. The four best ranked teams of each group reach the eighth-finals on 8 July, the in total eight teams ranked fifth and sixth compete in the President’s Cup – those games will take place from 8 to 10 July.

The winners of the eighth-finals proceed to the quarter-finals in Ostrava (10 July), whereas the losers reach the placement round 9-16, which is played in Brno from 10 to 13 July. In Ostrava the semi-finals (11 July) and the placement matches 5-8 (11 and 13 July) will follow. The four top teams play for the medals in the final and the bronze final on 14 July, again in Ostrava.

The preliminary round groups of the 2012 Women’s Junior World Championship in Brno and Ostrava, Czech Republic: