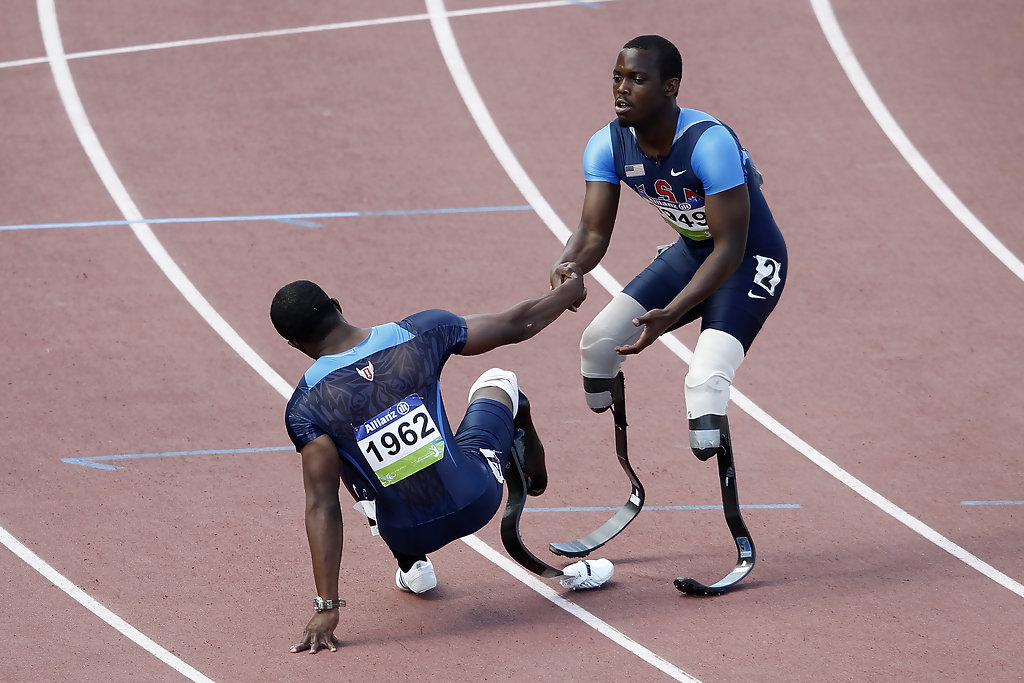 Germany, August 13, 2012: USA’s sprinter Blake Leeper was voted the International Paralympic Committee’s (IPC) Athlete of the Month for July by the public on www.paralympic.org after tying South African Oscar Pistorius’ world-record time of 10.91 seconds in the 100m T43 class.

Leeper tied the benchmark at the Boiling Point Track Classic in Windsor, Canada on 14 July, establishing himself as a solid contender for the 100m T43/44 final on 6 September at the London 2012 Paralympic Games.

Leeper, 22, was born without lower legs and feet and will compete in his first Paralympic Games later this month.

With a previous personal-best run of 11.2 at the US Paralympic Track and Field Trials in June and then another top mark in July, Leeper is now a true contender for the 100m T43/44 title at London 2012, which many are calling the biggest race of the Games.

In addition to Leeper, the event will include Paralympic champion Pistorius, world champion Jerome Singleton of USA and 19-year-old Jonnie Peacock of Great Britain, who broke the world record in the T44 class in June with a top time of 10.85. The finals could also include South Africa’s Arnu Forie and Brazil’s Alan Fonteles Cardoso Oliveira, both of whom have the potential to medal, or even win.

The race will be streamed live on www.paralympic.org, which will showcase more than 780 hours of live sporting action from the London 2012 Paralympic Games.

As a result of London 2012, please note that the IPC will not have an Athlete of the Month for August, but rather will have three award winners for August and September combined. These will include the best performances by an individual male, an individual female and a team. —- IPC/Image © zimbio.com