By The Olympics Sports team Abdul Rahim and Muhammad Saeed. Tokyo, Japan, Sept 29, 2018: Our next visit was Seapal Pier Onagawa, a recently opened shopping area in the coastal city of Onagawa, one of the most heavily damaged towns by the tsunami as per given below figures: RECONSTRUCTION OF ONAGAWA TOWN MIYAGI PREFECTURE:

• Onagawa Town is the municipality with the highest rate of damage 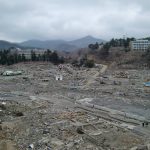 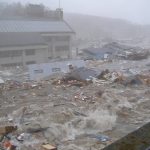 Yoshiaki Suda, Onagawa Town Mayor welcomed all of us and then he presented the presentation about reconstruction of Onagawa. 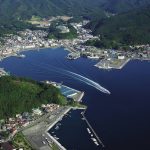 He also said that they were too much worried by earthquake. But after few years we realized that we would again reconstruct our town.

Before 7 and half years from earth quake our town was as beautiful as you can see in the slides.

Recovery starts while receiving support from across Japan and from around the world after receiving help and support from japan government the reconstruction was started.

He also added that we had to work together and to help affected people. It was not of any individual even was a teamwork.

We worked by the help of local people and it was also completed by the cooperation of them. We had to convince our people to do this as well. 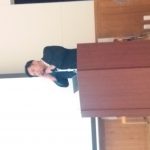 ONAGAWA TOWN MIYAGI PREFECTURE, In this regard we also created a slogan for reconstruction “Start Onagawa”. 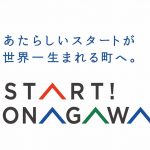 This hall in which you all are sitting at the moment it was being collapsed during earthquake.

In December 23, 2015, Commercial area was opened in front of the station, Onagawa Recovery Town Opening Winter 2015.

And in December 23, 2016, Local market Hama Terrace Opened. We celebrated the reconstruction by the following ways:

• First Sunrise of the Year

Through that journey Creating new value and possibilities in the local community.

Seapal Pier Onagawa is the commercial seafront connecting the sea port and Onagawa Station, which reopened in 2015 on an elevated land of seven meters from the ground after it was destroyed by the tsunami.

Founded in 2006, it promoted to the Japan Football League (JFL, the only amateur league in Japan) in 2018.

The club house and players’ dormitory completely destroyed in the Great East Japan Earthquake, but all the players were safe.

After a year of hiatus, the club restarted playing in 2013. It continues to play an active role in the community today.

Children in Onagawa who experienced the earthquake at the age of 12 started this project in junior high school to pass down the memories of the disaster. 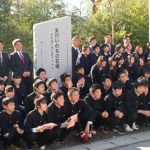 They aim to build a stone monument at the tsunami-reaching points of 21 beaches in Onagawa, and have built 17 monuments so far.

They continue working today to protect the lives of people even 1000 years from now.

The group then attended a talk session with representatives from Cobaltore Onagawa, a local football team which recently promoted to the Japan Football League, the fourth level semi-professional league. 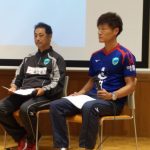 The speakers were Yuji Abe, General Manager of Cobaltore Onagawa, and Kosei Chiba, the first homegrown player on the team who experienced the 2011 earthquake when he was an elementary school student. 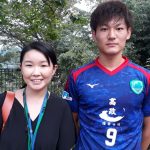 They told the journalists how the sport helped energise and unite the local community.

The facilitator was Masa Takaya, spokesperson for the Tokyo Organising Committee of the Olympic and Paralympic Games. 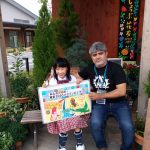 Then we met Midai Suzuki, a local 6th grade student in Elementary School student who had won the poster competition for the Olympic and Paralympic Games organised by the Tokyo 2020 Organising Committee this spring.

She showed us her masterpiece of torn-paper art, which portrayed various Paralympic athletes, highlighting each athletes’ impairment in ,the colour of the gold medal because Midai herself has an impairment in her legs and wanted to express her belief that “an impairment is the person’s individuality” that people should respect and the person should be proud of. 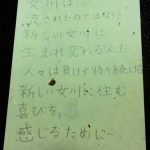 “Onagawa was not washed away; a new Onagawa will be born,
People continue to wait without giving up,
In order to feel the joy of living in a new Onagawa”

The power of sport 2: Reconstruction of Fukushima Prefecture:

SOMETHING ABOUT FUKUSHIMA/ONAGAWA TOWN MIYAGI PREFECTURE

• The Tokyo Olympic torch relay will depart from Fukushima Prefecture on March 26, 2020.

• A softball game will kick off in “Azuma Stadium” on July 22, 2020, two days before the opening ceremony ahead of all sports matches.

• The baseball opening game will also hold in Fukushima Prefecture

Conveying the feeling of gratitude to people in the world for their support and information on how Fukushima Prefecture makes efforts toward reconstruction through the Tokyo 2020 Games.