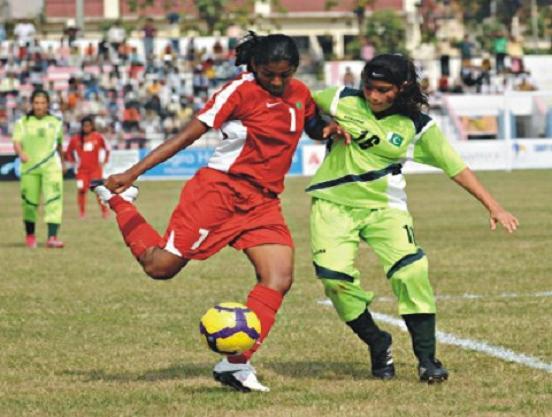 The members of the Executive Board and Affiliates of OCM wish to congratulate Y.Bhg. Dato’ Ow Soon Kooi, on being conferred the Darjah Indera Mahkota Pahang (DIMP), that carries the title Dato’, in conjunction with the birthday of DYMM Sultan Pahang, Sultan Ahmad Shah, on 26th April 2012. Y.Bhg. Dato’ Ow represented Malaysia at two Olympic Games, the 1976 Olympic Games at Montreal and 1984 Olympic Games at Los Angeles as well as at the 1978 and 1982 World Cups. Y.Bhg. Dato’ Ow Soon Kooi also played in the 1974 Asian Games. He represented Malaysia from 1973 until 1984. He is the President of the Penang State Hockey Association and the Chairman of the Olympic Sports Hotel.

The Olympic Council of Asia (OCA) and the Olympic Council of Malaysia (OCM) jointly organized the Young Reporters English Writing Workshop on Friday, 27th April 2012 at 2.30 p.m. at Level 2C, Wisma OCM. About 50 students between the ages of 12 to 16 years attended the Workshop, which was conducted by Mr. Jeremy Walker, the media expert from OCA. The 50 students were short-listed from a total of 140 students from 11 schools who participated in an essay writing competitions on the Asian Games. The 10 best essays were awarded with a prize of RM100/= each.

At the Workshop, Mr. Jeremy Walker briefed the students on the many aspects of sports reporting and the history and information of the Asian Games. A ‘mock’ press conference was held with the students interviewing Ms. Rajes Paul, the well-known senior sports journalist of The Star. The students asked many interesting questions and they all had an enjoyable experience acting as young reporters. The 50 students then wrote a news report based on information provided by Mr. Jeremy Walker. Based on the reports submitted by the students, Mr. Jeremy Walker selected Jonathan Luke Raj, as the best Young Reporter. He wins a trip to the Incheon 17th Asian Games in 2014.

At the end of the Workshop, Encik Rosmanizam Abdullah, Hon. Assistant Treasurer of OCM and OCA Media Committee member, presented the prizes to the 10 best essay writers of the OCM competition.

The Fun Run was held smoothly without problems. At the conclusion of the Run, the Fun Learn programme which included a quiz was held. Emanuelle Mah Thil Da, was declared the winner. Y.Bhg. Laksda (B) Dato’ Danyal Balagopal, Vice President of OCM, Encik Rosmanizam Abdullah, Hon. Assist. Treasurer of OCM and Encik T. Kumar, Hon. Assist. Secretary of OCM and Y.Bhg. Dato’ Marina Chin, principal of the Bukit Jalil Sports Schools were present at both the above events. The OCM wishes to thank the Principal and teachers of the Bukit Jalil Sports School and OCA, for their assistance and support in organising the above two functions.

The OCA Regional Forum was held on Saturday morning of 28th April 2012 at Le Meridien Hotel Kuala Lumpur for representative of 25 NOCs from South, Southeast and East Asia.

In the absence of YAM Tunku Tan Sri Imran ibni Almarhum Tuanku Ja’afar, who was still overseas, Y.Bhg. Dato’ A. Sani Karim, the Deputy President of OCM declared the Forum officially opened. Briefings were presented by representatives of LOGOC, the Organising Committees of the Incheon 17th Asian Games 2014, the Haiyang 3rd Asian Beach Games, the 2nd Asian Youth Games and the Children of Asia Sports Festival. In conjunction with the Regional Forum, LOCOG conducted the Pre-DRM for the NOCs of South, Southeast and East Asia.

Representatives of 33 NOCs of Asia attended and participated actively in the Seminar. The first session was on the IOC and the OVEP Framework and OCA Continental Implementation Strategy. The second session was a presentation of an Olympic Education Case Study – the Singapore Model by the Singapore representative. This was followed by presentations on the national Olympic Education Programmes by five NOCs, namely, China, India/Sri Lanka, Jordan, Malaysia and Philippine.

In the third session in the morning of the second day, the participants were divided into 6 groups for discussions and presentations on the Education Values of Olympism, by each group. Session four was on Plan of Action, where Mr. T.A. Ganda Sithole, IOC Director, Department of International Cooperation and Development, clarified the role and responsibilities of the Department of International Cooperation and Development and those of Olympic Solidarity. He stated that implementation of OVEP must be through the NOCs. He proposed that to reduce the work-load, NOCs should form Olympic education commissions to utilize outside people with relevant expertise. He requested all the participants to submit a report to their respective NOCs of the Seminar with their plan of action, for their NOCs to have a policy on implementation.

At the Closing session, certificates of attendance were presented to all the participants by Mr. T.A. Ganda Sithole and Mr. Haider A. Farman of OCA.

Welcome Dinner for the Asian NOCs

OCM hosted a welcome dinner to the delegates and representatives of all the NOCs as well as the various Games Organising Committee at the Sri Melayu Restaurant, on the evening of Saturday, 28th April 2012. Y.Bhg. Dato’ Low Beng Choo, Vice President of OCM, delivered the welcome address and wished the delegates an enjoyable and fruitful stay in Kuala Lumpur.

The U18 Challenge Cup of Asia, 2012 was to showcase the Under 18 talent in non-winter countries. The inaugural tournament took place from April 1- 6 in Abu Dhabi, UAE.

Host UAE, India, Malaysia, Thailand and Hong Kong took part in the event. It was the first time teams were brought together, and the performance on ice offered a glimpse of each country’s progress in development.

Malaysia entered the tournament with one mission in mind: Expose the current crop of selected players to international tournaments. With an experienced head coach and a supportive group around them, the team began preparations five months before the tournament. The result was a surprising third place and a jubilant crowd back home.

Many thanks to Jaks Resources, who sponsored the team jerseys, Etihad Airways, with regards to baggage allowance, Sport Planet, Perskindol and various personnel who helped make this dream possible. Already the players are looking forward to the 2013 event, with hopes of improving their performance.