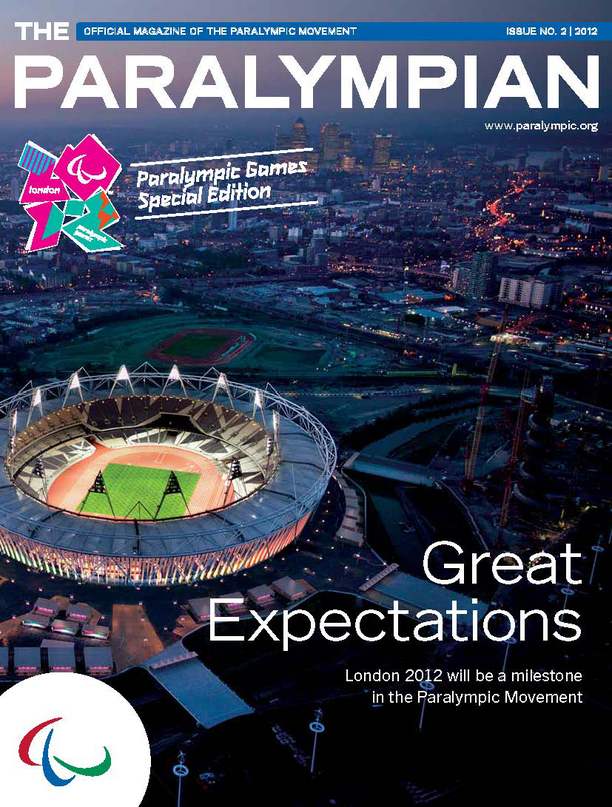 August 06, 2012: Paralympian, The London 2012 Games-time edition of The Parlaympian, the International Paralympic Committee’s (IPC) award-winning magazine, has now been published online and is available to view here: http://bit.ly/N8FTdH.

The second edition of 2012 focuses on the build-up to the Paralympic Games, which are set to be a milestone in the Paralympic Movement with 4,200 athletes from 165 countries competing across 503 medal events.

There is a real buzz in the air about London 2012, with many predicting it to be a watershed year showcasing sport like never before. As the anticipation rises, the IPC asked several key figures, including journalists, photographers, broadcasters and members of the public, to tell us what their expectations are for the Games.

In addition, full details of the Paralympic Torch Relay have been published, including Paralympians who have competed in past Games and inspirational Torchbearers nominated by the IPC. The magazine profiles all 20 Paralympic sports at London 2012 and features a handy Games planner with details of what to watch each day.

The newly formed Antigua and Barbuda National Paralympic Committee takes to the spotlight, as they seek to send their sole athlete, sprinter Jamol Pilgrim, to the Games. Czech cyclist Jiri Jezek is also featured on his way to potentially becoming the most successful Paralympic cyclist of all-time.

The magazine looks ahead to Sochi 2014, Rio 2016, PyeongChang 2018 and the Candidate Cities for 2020, with exciting updates from them all. Key events from the last four months, such as the IPC Ice Sledge Hockey World Championships, IPC Athletics European Championships and BT Paralympic World Cup are also reviewed.

On the final page, readers can find out about some of the IPC’s plans to provide and facilitate the most comprehensive media coverage ever of the Games. During London 2012, the IPC will live stream more than 780 hours of sporting action via five channels, two of which will be displayed in a groundbreaking new video player that integrates live footage and results.

In addition, the IPC expects to upload more than 1,000 hours of video on demand to www.paralympic.org during the Games, and a team of 22 writers will also produce around 750 stories – including previews, reviews and features – and thousands of images will be available to view. —- IPC