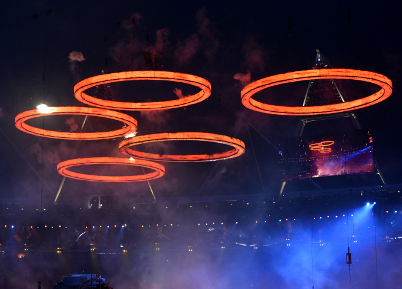 London – GBR, August 14, 2012: “We are superheroes and we do tricks that no one can do.” It reads like the tagline for a summer blockbuster movie but in fact these were the words of the United States’ Gabby Douglas, winner of the Women’s Individual All-around crown at London 2012.

Superheroes they may seem but whatever their feats, it is worth remembering that the stars of the Olympics Gymnastics events were ordinary people doing extraordinary things – a point underlined by some of their reflections and revelations about the London experience away from the field of play.

From Japan’s Kazuhiko Tanaka musing on the miso soup in the Olympic Village – it didn’t taste like the real thing, apparently – to Team Canada’s penchant for Justin Bieber tweets, it was not all serious in spite of the high stakes. Here we relive the Olympic experience in the words of some of the gymnasts who entertained us so richly over the past fortnight.

It is an amazing feeling to go to an Olympic Games. It is special to see stars like Roger Federer although I only spoke to the Germans – the swimming team, the discus thrower Robert Harting. I shared my room with Philip Boy and we had one apartment together, the gymnasts. When I won the All-around Silver medal it was amazing. I couldn’t take it in; it was a moment I will never forget for the rest of my life.

I’ve been trying to watch but it’s been hard. You want to make sure you’re getting rest and with GB doing so well as a whole it is quite exciting just before going to bed and that’s not something you want – I was watching it and thinking I’ll have to turn it off, I’m getting too excited before bedtime.

I met a lot of famous people from the United States – Tyson Gay, Lolo Jones, LeBron James. I got to have pictures with them and even have casual conversations with them. They were like ‘oh you’re just another athlete’, they didn’t see me as a fan. They just welcomed me. The Opening Ceremony in itself was just amazing, I was speechless, walking and looking around the stadium.

Helped Canada’s women finish an unprecedented fifth in the Team final – and collected a fair few pin badges along the way.

You’re just walking down the street there and seeing everyone from all around the world and we all have the same dreams and have all been working so hard – it is just amazing to be all in one place. Everyone gets pins and so you’re walking down the street and say ‘Do you have a pin?’. We don’t speak the same language so we just point and trade; it is really sweet meeting everybody that way

Earned the congratulations of China’s Chen Yibing after finishing sixth in Rings final.

I’m completely satisfied. I finished among the best in an Olympic final and put the name of Puerto Rico onto the biggest stage – 15.6 is my highest score in an international competition and it came at the Olympics. For [Silver medallist] Chen Yibing to congratulate me is an honour and a source of pride. He won’t have heard of Puerto Rico and our gymnastics and if he respects me, it says a lot about him and also about Puerto Rico. It shows were on a world level and nobody can dismiss Puerto Rico in Gymnastics.

Just missed out on a Pommel Horse medal but had no complaints – apart from the weather.

This was my fourth Olympics and it’s been a great one. It was my best in terms of performance – getting fourth place. I was fourth but it was a fourth place to celebrate. Everything was good with the organisation – the only thing was the weather. I don’t know how you manage with this weather.

Flew the flag for Egypt and Africa in the Rhythmic Gymnastics Individual All-around qualification.

I am the only one here from Africa. It is very exciting to represent my continent but at the same time it’s very difficult for me because it is the first time and I am representing Egypt and Africa. I don’t want medals or anything – I want people to see that Egypt have girls who can do Gymnastics.

Placed fifth in Vault final on his first appearance in a major international competition.

I’d never been to Europe before and the high point was just coming out here competing – it is something only a few select people will be able to experience so I was just soaking it up as much as I can. Competing in front of all these people is such an adrenalin rush. The village was fun – chatting with people, getting to hear their story. I met [swimmers Michael] Phelps and [Ryan] Lochte, saw the basketball team walk by and we played our own basketball in our apartment – we had a backdoor hoop.

Finished fourth in the final of the Men’s Vault.

For me it’s been a dream to be at an Olympic Games, since I was a little boy and I feel like a winner. It’s been very difficult for me, training all these years on my own in my country in poor training conditions. Now it is much better and I feel I’m contributing to the development of the sport in my country. —- FIG/Image © Rimako Takeuchi