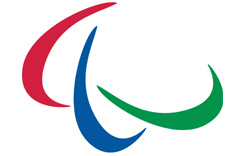 Bonn-Germany, June 04, 2012: Reveals, The International Paralympic Committee (IPC) has announced its shortlist for May’s Athlete of the Month award, and the public can now vote for the winner via the poll on the www.paralympic.org homepage.

Graeme Ballard (Great Britain) The sprinter became a crowd favourite during the first race of the BT Paralympic World Cup in Manchester, UK, when he set a new world record in the 100m T36 sprint with a time of 11.98. He then later won the 200m with a mark of 25.12.

Finland’s women’s Goalball team – They won the Malmo Lady Intercup in May, beating USA 3-0 in the finals.

Germany women’s Wheelchair Basketball team – The team won a thrilling 47-40 victory over Australia at the BT Paralympic World Cup. Marina Mohen was firing on all cylinders from beginning to end for Germany, as she racked up 37 points and 12 defensive rebounds to carry her team to the title.

Gustavo Fernandez (Argentina). The ParaPan American gold-medalist and No. 1 junior player won the Japan Open Super Series event on the NEC Wheelchair Tennis Tour beating the world No. 1, 2 and 4. Fernandez had never reached a Super Series semi-final before.

The public now has until 12:00 (CET) on 11 June 2012 to vote for which athlete or team it thought had the best performance last month on the para-sport scene.

So far this year three monthly winners have come from Russia. They include nordic skiers Roman Petushkov and Nikolay Polukhin as well as wheelchair curler Oksana Slesarenko. Last month’s award was won by Israeli Swimmer Itzhak Mamistvalov. To vote, visit the homepage of www.paralympic.org