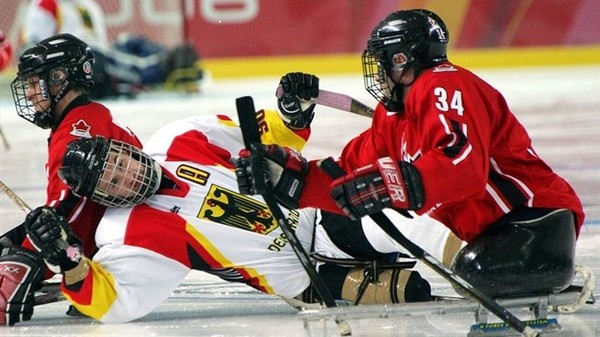 Organized by the Korea Ice Hockey Association for the Disabled, the world’s top eight teams will gather at the Goyang SPART Complex and Park from 12-20 April, 2013. It will be the seventh World Championships to take place since they began in Nynashamn, Sweden in 1996, and it will be the last major gathering of the best Ice Sledge Hockey teams ahead of the Sochi 2014 Paralympic Winter Games.

Goyang City is located about 30 minutes away from Seoul – Korea’s capital and largest city – and is populated by nearly 900,000 people.

Sung-ho Hwang, Secretary General of the Korea Ice Hockey Association for the Disabled, said: “The Championships will help raise awareness of the Paralympic Movement in Korea and strengthen the performances of Korean players prior to the 2014 Sochi Paralympic Winter Games.

Keith Blase, Chairman of the IPC Ice Sledge Hockey Sport Technical Committee, said: “We are pleased and excited to be working with the Korean Paralympic Committee and the Korea Ice Hockey Association for the Disabled to bring the World Championships to Korea in 2013. This event will help us expand our sport within the Asian region of the world and also help in our preparation for the 2018 Paralympic Winter Games.”

The International Paralympic Committee (IPC) is the global governing body of the Paralympic Movement. The IPC organizes the Summer and Winter Paralympic Games, and serves as the International Federation for nine sports, for which it supervises and co-ordinates the World Championships and other competitions. The IPC is committed to enabling Paralympic athletes to achieve sporting excellence and to develop sport opportunities for all persons with a disability from the beginner to elite level. In addition, the IPC aims to promote the Paralympic values, which include courage, determination, inspiration and equality.

Founded on 22 September 1989, the IPC is an international non-profit organization formed and run by 170 National Paralympic Committees (NPCs) from five regions and four disability specific international sports federations (IOSDs). The IPC Headquarters and its management team are located in Bonn, Germany.