Lausanne, July 09, 2017: The IOC Executive Board (EB) meeting concluded today with a number of innovative and impactful decisions for the future of the Winter Youth Olympic Games (YOG) (IOC Executive Board confirms gender equality). 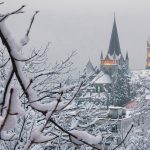 Following on from the Youth Olympic Games Working Group Recommendations, and as a result of the ongoing collaboration and strong partnerships that the IOC has with the Winter International Federations (IFs) and Lausanne 2020, the IOC EB today ensured that more youth, more women and more innovative content will be introduced at the Winter YOG.

The confirmed event programme means full gender balance the first time at a Winter Olympic event, with the highest number of women’s events and women ever competing at the Winter YOG.

This gender equality reflects what has been previously achieved for the Youth Olympic Games Buenos Aires 2018 and the significant steps announced last month in the programme for the Olympic Games Tokyo 2020.

Today also saw the decision to include ski mountaineering as the eighth sport at the next edition of the Winter YOG in the Olympic Capital, based on the proposal from the Organising Committee.

The sport will be represented in the 17-18 year-old age group in individual, sprint and relay disciplines, and will join the existing seven Olympic sports on the programme.

Embracing the youth-focused innovations becoming synonymous with the Youth Olympic Games model, the IOC has also worked closely with all seven IFs, and adaptations have been made in each sport, which were today approved by the EB.

Amongst these are the introduction for the first time of an innovative mixed-NOC 3×3 ice hockey tournament; a women’s doubles event in luge; and the introduction of the women’s Nordic combined ski event. For all the new sports and events, existing venues will be used.

The IOC EB also confirmed that a two-wave stay of athletes will be pioneered for Lausanne 2020, giving more young athletes the opportunity to have the Winter Youth Olympic experience.

With the two-wave approach, athletes will be able to condense their length of stay, meaning no need for additional beds in the Youth Olympic Village. The total number of athletes will be 1,880.

The changes approved by the IOC EB are fully supported by Lausanne 2020 and reflect Olympic Agenda 2020 and the recommendations of the YOG V 2.0 Working Group. —- IOC