Tokyo, April 8, 2016: The Japanese have the taste of suspense and the art of staging. The organizing committee of the Tokyo Games revealed this Friday, April 8, in the manner of a reality TV jury, the last four finalists for the official logo of the Summer Olympics in 2020. The penultimate episode of a soap opera began late last year.

Four applicants, double logo for each of them. The first will be used for the Olympic Games, the second for their Paralympic while. The winner is among them, but he will have to wait to find out. Faithful to their commitments, the Japanese solicit the public to choose the official emblem. Users can vote until Sunday, April 17 on the Tokyo official website 2020. The Selection Committee will then make its decision. But the choice must still be approved by the Executive Board in 2020 to Tokyo.

The official emblems of Tokyo 2020 will be presented, for good this time, Monday, April 25, 2016. Accuracy: the winner will receive, in addition to the eternal gratitude of the country of his face in the headlines of the press and a day glory, an invitation to the opening ceremonies.

Stung by the painful case of plagiarism that had enveloped the original logo, the Japanese have multiplied precautions. “Since December deadline for his candidacy, we have implemented a series of controls designs and formats, says a press Tokyo 2020. And we have received the support of experts in design during this process. We also conducted national and international audits before making the protection and registration of the shortlisted designs.

A national competition was launched last year. He had been asked candidates to be inspired by the “Tokyo Vision 2020” and the following seven basic concepts: the power of sport, Japan and Tokyo, world peace, self-transcendence, unity and integration, innovation, reconstruction and capacity to rise. No less than 14 599 projects were sent. It remains more than four. Place your bets. 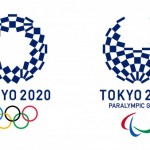 Throughout history, the reasons checkered have been popular in many countries worldwide. In Japan during the Edo period (1603-1867), the checkerboard pattern was known as “Ichimatsu Moyo”. This blue checkered emblem indigo color typical of Japan, evokes a style and sophistication all Japanese. Composed of three different sizes rectangles, this design represents the different countries, different cultures and different ways of thinking. He embodies the message “United in diversity” of the Tokyo Vision 2020. It also represents the Olympic and Paralympic Games connecting the world promoting diversity.

B- The Circle Uniting, Harmony extends 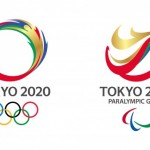 This design represents the link between the dynamism of the athletes and the joy of the spectators, and the promotion of peace and harmony in the world. the mental and physical strength are also found there, dynamism and speed of movement, and the euphoria of incredible athletic performances and wins worldwide. This design also represents the respect and hospitality extended to visitors from around the world at the Tokyo Games in 2020. 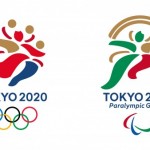 Traditional Gods of Wind and Thunder have inspired these emblems, which evoke the moment when an athlete crosses the finish line. They also represent athletes who try to excel and succeed. The God of Wind and Thunder are god for centuries emblematic figures of Japan, as in the paintings of the artist Tawaraya Sotatsu the seventeenth century or the statues of the Kaminari-mon gate in Asakusa, Tokyo. In this representation, the god of Thunder held fireworks instead of the usual taiko drums while the fabric of the God of Wind is replaced by a rainbow sky symbolizing peace, diversity and harmony. These emblems also mention the link between generations and peaceful engagement athletes. 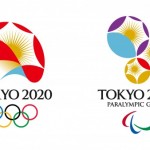 This nice-to-day stylized flower that rises to the sky to welcome a new day represents the face of the athletes who give the best of themselves and the public cheering them. The nice-to-day stands also embodies the pinnacle of these emotions. The seed of morning-glory seeds, its stem grows, then the flower opens before dispersing new seeds, as athletes mature and reach their peak and inspire the new generation. This flower was especially popular in Japan during the Edo period (1603-1867) and is very appreciated. You can see it represented in many prints Ukiyo-e. This design evokes the expectation aroused by the Tokyo Games in 2020 and the welcome given to visitors worldwide.