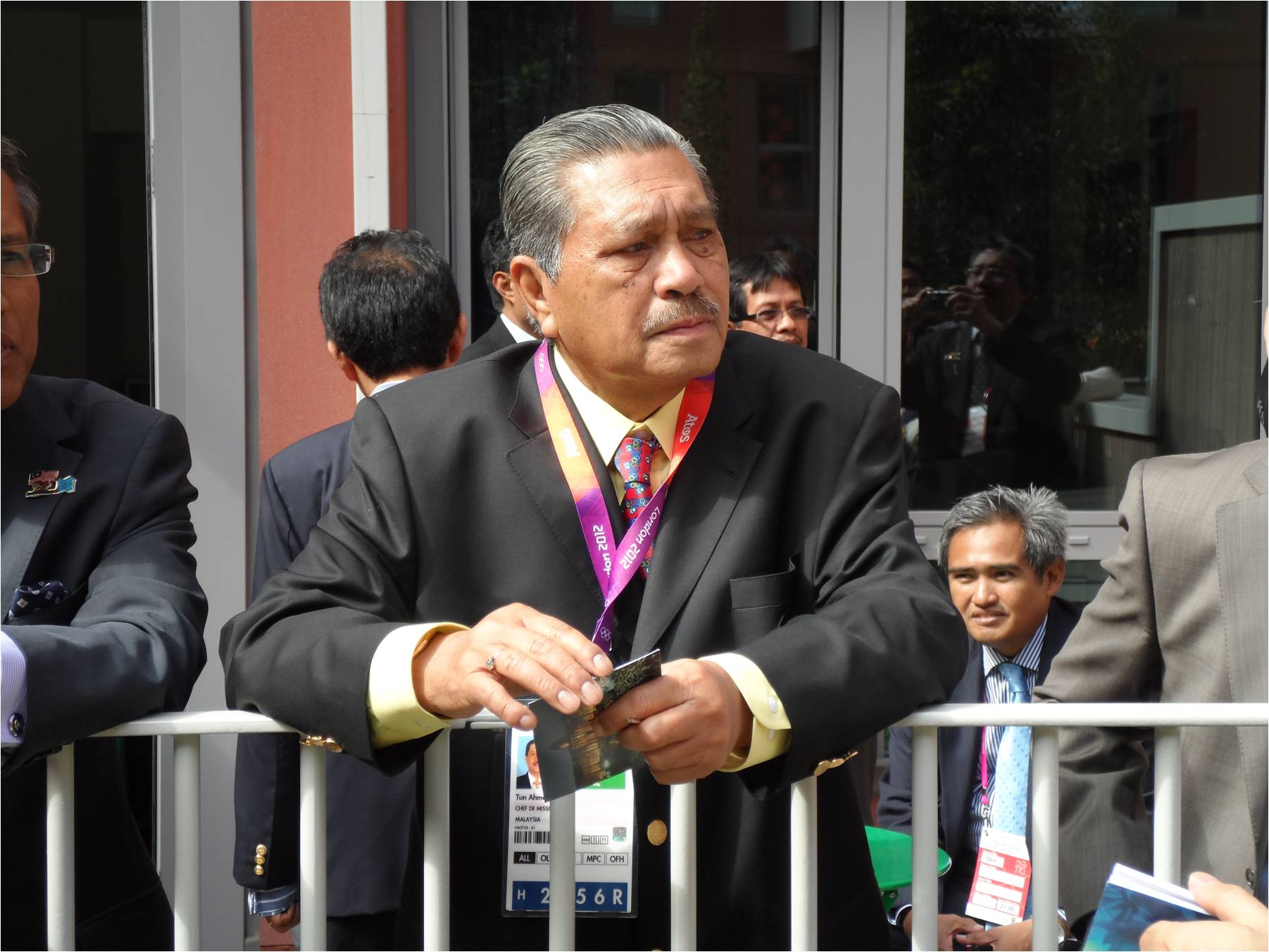 London, England, July 22, 2012: A tiny corner of England was transformed into “Little Malaysia” on Sunday morning when the Olympic Council of Malaysia’s delegation to the London Olympic Games was officially welcomed into the Olympic Village.

In a joint ceremony with the Mongolian National Olympic Committee, the Malaysian athletes and officials were welcomed into the Village by Sir Charles Allen, CBE, Olympic Village Mayor, under bright blue skies and in sparkling summer sunshine.

Following the ceremony, performed by the National Youth Theater of Great Britain, the Malaysians and their guests visited the offices of the Olympic Council of Malaysia and enjoyed a photo short on the lush green lawn at the back of the office. 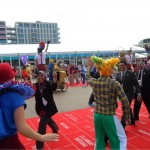 Talking about the ceremony, Malaysia’s Chef de Mission, Tun Ahmad Sarji, said: “It was exquisite, very colourful and somehow, in a very light manner, instilling the Olympic spirit. It was well-orchestrated. I am very impressed with the brevity of the ceremony but at the same time the impact on the participants.”

Representing a radical break in tradition from the more stately proceedings of a team welcome ceremony, the London 2012 version is a riot of colour and Elizabethan pageantry performed in a 30-minute Cirque du Soleil-style production.

“I did not expect this kind of ceremony,” added Tun Ahmad Sarji. “I thought it would be more sombre but, despite the festive spirit, it showed the spirit of the Olympics. It was embodied in the sequences of dance and dialogue. It was very poetic.”

When asked how the athletes had received it, the Chef de Mission replied: “I think the athletes were surprised and amazed at the dexterity of the actors and actresses. It was joyful and full of spirit.”

Looking ahead to the Olympics, which open on July 27 and run until August 12, Tun Ahmad Sarji said: “The Malaysian team is hoping for its first gold medal. We are, of course, placing our faith in Lee Chong Wei in the badminton, but there are three other sports where we also have a reasonable chance of getting medals: archery, diving and cycling.”

Malaysia will compete with 30 athletes. —- OCM