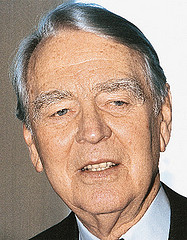 Lausanne, Dec 16: The International Olympic Committee (IOC) was saddened to learn of the death of IOC honorary member Maurice Herzog at the age of 93.

Born in Lyon, France, on 5 January 1919, Herzog rose to fame after leading an expedition to the summit of the Himalayan mountain Annapurna in 1950, becoming, along with fellow Frenchman Louis Lachenal, the first people to climb a peak over 8,000 metres.

Herzog wrote of the historic climb in his book “Annapurna First 8000”, which sold more than 20 million copies worldwide and was translated into 50 languages. He was also the author of “A look at Annapurna”, “The Expedition to Annapurna”, “The Mountain”, “The Alps I Love”, “The Alps”, “Great Adventures of the Himalaya”, and “The Other Annapurna”.

In addition to his love of mountaineering, Herzog enjoyed skiing and golfing. He held the post of French Minister of Youth and Sport from 1958 to 1963 and was the Mayor of Chamonix, France, from 1969 to 1977.

France decorated Herzog with the Grand Cross of the Legion of Honour in 2011.