Lausanne, July 6, 2017: Buenos Aires 2018 is set to take the Youth Olympic Games (YOG) to the next level as an event that engages young people, it was outlined this week during the International Olympic Committee (IOC) Coordination Commission’s fourth visit to the host city. 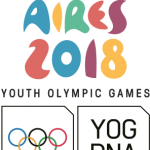 The four-parks concept, which was the main subject of discussion, aims to boost the number of young participants at the event by creating sports festivals across the city.

To maximise public participation, the Buenos Aires 2018 Youth Olympic Games Organising Committee (BAYOGOC) confirmed that access to the four parks will be free, and participants will be able to experience a fusion of elite sport competition, music, culture and arts festivals, sport initiation, showcasing and educational programmes.

The Commission members were particularly impressed by the different styles and approaches on offer at each park: Green, Urban, Tecnópolis and Youth Olympic Park.

The objective of this innovative approach is to utilise open, temporary venues and organise competitions in urban locations where people naturally gather.

As part of an update of the YOG Event Management system, a new way of co-constructing the event between the host city, the International Sports Federations and the local providers is being pioneered at Buenos Aires 2018 with the view to this becoming a future model to support the evolution of the Youth Olympic Games.

The Coordination Commission approved the list of activities set to take place at each park. In addition to the sports programme, squash and polo were confirmed as showcased sports following on from the popular “Sports Lab” concept launched at Nanjing 2014.

Sports initiation, a concept also seen at previous YOG editions, whereby people can try out sports, will be organised in 30 sports and have a youthful focus, such as: urban table tennis, bossaball and roller freestyle. It was also announced that three additional sports will also offer initiation, comprising baseball/softball, frontball and slackline.

The local youth will even have the opportunity to access some of the YOG fields of play after competitions, and free “Train with Champion” sessions will be on offer with Olympians.

The IOC Coordination Commission members were also particularly impressed with the youth engagement projects that have been taking place across the city in line with BAYOGOC’s mission to “bring sport, culture and education to the people”.

Over 1,000 events have taken place, delivering sport and cultural activities in schools and neighbourhoods. Recent examples include the unveiling of a 55-metre-high mural of Olympic judo champion Paula Pareto, which involved local schools, and the Olympic Day festival offering 44 different sports for the public to try out.

Commission Chair Li Lingwei said: “We are delighted to see Buenos Aires 2018 engage with hundreds of thousands of people across the city, and we look forward to seeing the outreach nationwide in the coming months.

In line with the YOG spirit, the organisers are actively involving young people in key projects such as the pictograms, slogan and mascot design, and sports presentation. This not only empowers them, but allows young people to create their own legacy around the Games.”

The Commission members visited the Youth Olympic Park, the main construction project of the Games, which is well underway and ahead of schedule for delivery at the end of 2017.

The YOG acted as a catalyst for this major social and urban renewal project in the south of the city, which comprises the Youth Olympic Village (YOV) and the Youth Olympic Centre, a new facility that will host 15 of the 32 sports and will ensure that more than 50 per cent of the athletes will be able to walk to their venue.

In terms of legacy, the YOV will become affordable housing and the Youth Olympic Centre will become the new home for Argentina’s high performance sports facility (CeNARD).

Leando Larrosa, Buenos Aires 2018 CEO, said: “It is a great honour to co-construct with the IOC an event that promotes Olympism around the world and gives us experience in coordinating the activities of the Olympic Movement, as well as ensuring the knowledge and guidelines for the successful organisation of the Youth Olympic Games Buenos Aires 2018.

This week we had a constructive discussion to ensure we deliver the best Games for young people, for the development of the city of Buenos Aires, and for the awareness of the Youth Olympic Games at international level.”

Gerardo Werthein, Chair of Buenos Aires 2018, said: “Buenos Aires 2018 will have an innovative and modern approach. Instead of waiting for young people to come to sport, the Games will aim to bring sport, culture and education to millennials and get them involved through interactive activities.

It will be an open event for everyone to enjoy and will have a strong focus on sustainability.”

The meetings took place on 4 and 5 July at the local offices of Dow, a Worldwide TOP Partner that is supporting Buenos Aires 2018.

The Youth Olympic Games will take place between 6 and 18 October 2018. For more information, visit www.olympic.org. —- IOC