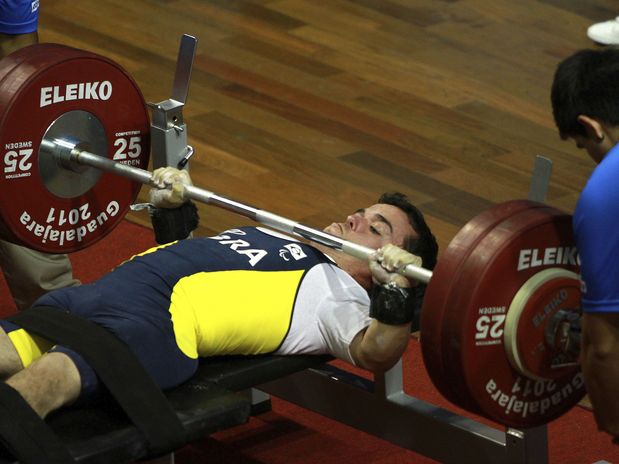 London – GBR, Sept 5, 2012: The International Paralympic Committee (IPC) has announced that the Brazilian powerlifter Bruno Pinheiro Carra has been suspended for nine months for an Anti-Doping Rule Violation. Carra returned an adverse analytical finding for Hydrochlorothiazide on 24 August 2012 in an out of competition urine sample prior to the start of the London 2012 Paralympic Games.

Hydrochlorothiazide is classed as S5. Diuretic and Other Masking Agents and is included on the World Anti-Doping Agency (WADA) 2012 Prohibited List under the Stimulants category and it is consequently prohibited under the IPC Anti-Doping Code. Carra was provisionally suspended from competition on 31 August, which as a result meant he was unable to compete in his powerlifting event on the same day at London 2012.

In his first hearing Carra presented evidence of green tea capsules that he had ingested prior to the sample collection. Both he and NPC Brazil suspected that the capsules may contain hydrochlorothiazide even though the Prohibited Substance was not listed on the product label.

Following tests at the Drug Control Centre, Harlow, it was confirmed that each green tea capsule analysed contained the Prohibited Substance even though it was not listed on the product label.

In accordance with the IPC Anti-Doping Code, Bruno Pinheiro Carra will serve a nine month suspension for the violation beginning on 28 August 2012, the date of notification. All results obtained from the date of sample collection the competition on 24 August 2012 and onwards, will be disqualified with all the resulting consequences, including forfeiture of any medals, points and prizes. A financial sanction of ?560 was also imposed on the athlete.

He has also been prohibited from competing in the London 2012 Paralympic Games.

The IPC would like to highlight that it is the responsibility of both the athlete and athlete support personnel to be knowledgeable of and comply with all Anti-Doping rules and policies.

As a signatory of the World Anti-Doping Code (WADC), the IPC remains committed to a doping free sporting environment at all levels. The IPC, together with the International Federations and the National Paralympic Committees, established the IPC Anti-Doping Code to prevent doping in sport for Paralympic athletes, in the spirit of fair play. —- IPC/Getty Images