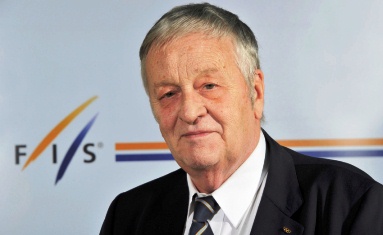 August 08, 2012: The focus of the Olympic Games in London is all about sport, but behind the scenes the IOC and future Olympic Organising Committees are taking advantage of the attendance of all members of the Olympic Movement to arrange key meetings and events. FIS President Gian Franco Kasper holds positions in a number of different IOC Commissions and they have each met during the Games. Firstly he is a member of the IOC Television Commission that oversees activities at the International Broadcast Center and Olympic Broadcasting Services (OBS) which acts as host broadcaster of the Games.

There have also been gatherings of the two Coordination Commissions for the Olympic Winter Games in Sochi 2014 and PyeongChang 2018 and the International Federations have also taken the opportunity to discuss plans and preparations with them. Finally, as Chairman of the IOC Coordination Commission for the first Winter Youth Olympic Games in Innsbruck, FIS President Gian Franco Kasper convened the members with the Organising Committee for a farewell thank you meeting.

Additionally there have been a whole host of engagements arranged by different National Olympic Committees to celebrate the London 2012 Games, sometimes up to three per evening! And this on top of a full program of attending sports events with representative duties and present medals. —- FIS