Home  »  MARTIAL ARTS • OLYMPIC   »   The CAS has dismissed the appeal 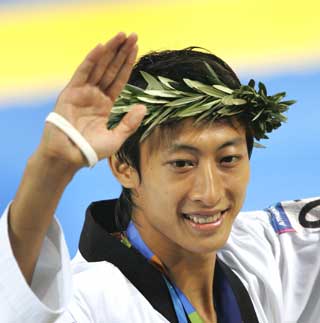 Lausanne, Mar 15, 2013: The Court of Arbitration for Sport (CAS) has dismissed the appeal filed by the former Taekwondo athlete Mu-Yen Chu and by the Olympic Committee of Chinese Taipei, against the International Olympic Committee (IOC). While Mu- Yen Chu was campaigning for the London Olympics with a view to being elected by the Olympic athletes as a member of the IOC Athletes’ Commission, on 11 August 2012 the IOC Executive Board decided to withdraw him from the list of candidates due to various violations of the rules for the election campaign. The IOC considered that Mu-Yen Chu had violated the rules in using unauthorized promotional materials and distributing gifts to voters.

On 3 September 2011, Mu-Yen Chu filed an appeal at the CAS requesting the annulment of the IOC’s decision, considering that no sanction, or a less severe sanction had to be imposed. Mu-Yen Chu therefore requested to be reinstated as a candidate to the IOC Athletes’ Commission.

The arbitration was conducted by a Panel composed of Prof. Luigi Fumagalli, President (Italy), the Hon. Michael J. Beloff QC (UK) and Dr Hans Nater (Switzerland). The parties, their representatives and several witnesses were heard at a hearing held on 21 January 2013 at the CAS headquarters in Lausanne.

The CAS Panel decided to dismiss the appeal and confirmed that Mu-Yen Chu was guilty of several violations of Article 3, paragraph 2, of the “Rules of Conduct Applicable to Campaigns for Election to the IOC Athletes’ Commission”, or campaigning in an unauthorized area and for distributing name cards and showing various documents via a tablet computer, despite having received a written warning from the IOC on 26 July 2012.

The CAS Panel considered that the violations committed by Mu-Yen Chu had influenced the election process for the Athletes’ Commission and gave him an advantage over the other candidates who had complied with the rules. Under these conditions, the arbitrators found that the withdrawal of the nomination for election was the only appropriate sanction amongst those provided in the IOC rules.

The sanction was therefore not deemed disproportionate and was confirmed by the CAS. The CAS Panel concluded that the behaviour of Mu-Yen Chu was due more to excessive zeal rather than to a desire to cheat; his reputation and integrity as a sportsman should not be affected by this decision. —- CAS/Image © chinadaily