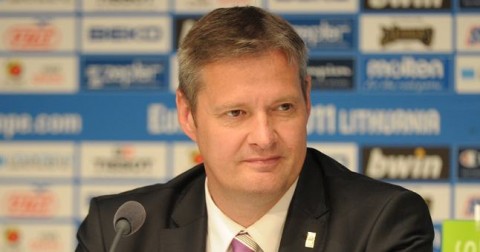 Munich – Germany, June 19, 2013: President Rafnsson, FIBA Europe and FIBA were shocked and saddened to learn on Wednesday evening of the unexpected passing away of FIBA Europe President Olafur Rafnsson, age 50.

Mr Rafnsson died during a visit to Geneva, where he had been attending Tuesday’s official opening of FIBA’s new headquarters. He was President of the National Olympic Association of Iceland and was elected to the Presidency of FIBA Europe in 2010. Mr Rafnsson was a former player and won the Icelandic Championship in 1988 as part of the Haukar team. The thoughts and prayers of the entire FIBA community are with Mr Rafnsson’s family.