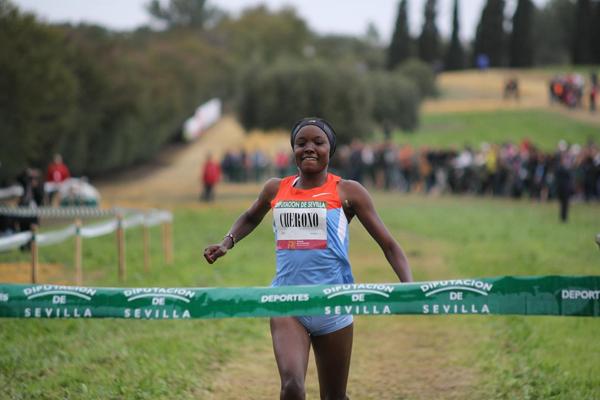 Monaco – Mar 07, 2013: The curtain came down on the 2013 IAAF Cross Country Permit series two weeks ago but traditionally many of the winners at these meetings make their presence felt at the IAAF World Cross Country Championships. So just who could be a factor at this year’s edition, which will be staged in just over two weeks’ time in the Polish city of Bydgoszcz on Sunday 24 March?

At the very first event in this winter’s 12-race series, held in the Spanish city of Burgos on 11 November, the Ethiopian pair of Imane Merga and Hiwot Ayalew triumphed and their form since suggests that they should be in the hunt for the medals.

Merga, of course, is the defending senior men’s champion at the World Cross Country Championships and finished off 2012 with a good win on the roads at the Boclassic in Italy, while Ayalew won the highly competitive Ethiopian trials last month.

In December, Ethiopia continued to make its mark and Ruti Aga beat older rivals to win at the famous Brussels meeting. Having just turned 19, the 2012 IAAF World Junior Championships 5000m silver medallist is still a junior and will be looking to climb a step further up the podium in Bydgoszcz.

As the series moved into 2013, Ireland’s Fionnuala Britton was an impressive winner on British soil during the first half of January at IAAF Cross Country Permit races in Edinburgh and Antrim.

The two-time European Cross Country Championships gold medallist is eyeing a top-10 place in two weeks’ time and, as US runner Shalane Flanagan showed two years ago in Punta Umbria at the last Championships in 2011, runners from elsewhere can sometimes disrupt the East African dominance.

Later in January, it was the turn of the Kenyans to impress at the Cross Internacional de Italica in Sevilla, not least the 2010 World Cross Country Championships junior women’s winner Mercy Cherono.

Now 21, Cherono dominated this high quality race in Spain and she will be motivated to do well in Bydgoszcz as it was there, three years ago, that she crossed the line first for her World title.

It was Ethiopia back to the fore at the Cinque Mulini cross country race in the Italian town of San Vittore Olona on 3 February, with victory coming in the shape of with 2012 World Junior Championships 5000m gold medallist Muktar Edris, who is one of the favourites for what should be a thrilling junior men’s race in Bydgoszcz.

Two weeks later, at the KCB/AK National Cross Country Championships in Nairobi, which doubled as an IAAF Cross Country Permit meeting, the Kenyan pair of Philemon Rono and Margaret Muriuki came out on top.

Despite their relatively low profile internationally, few would bet against either Rono or Muriuki getting their first medal on a global stage.

All of these runners will be putting the final touches to their preparations with barely two weeks to go before the 2013 World Cross Country Championships. —- IAAF