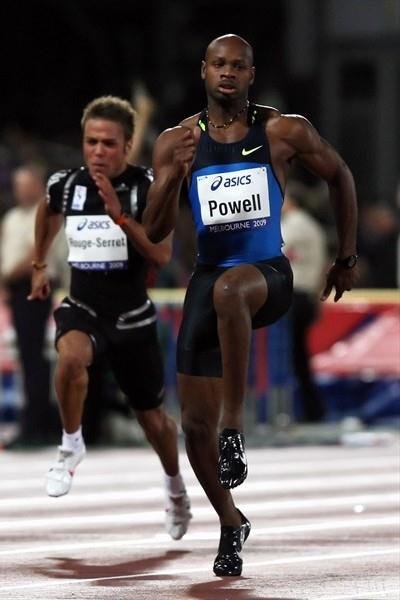 Monaco, Mar 28, 2013: With the international indoor and cross country seasons completed, the focus of the athletics world is shifting to the outdoor track and field season with the world’s best athletes set to embark on another world-wide tour as the 2013 IAAF World Challenge series of one-day meetings begins in just over a week in Melbourne on Saturday 6 April.

After Australia hosts the first leg, the 2013 IAAF World Challenge will take in all six IAAF Areas over the course of 15 meetings, ending in Rieti on 8 September. The series will feature meetings in Africa, Asia, Europe (including Moscow, host of this year’s IAAF World Championships), Oceania, North America and South America.

This year’s World Challenge really is an A-to-Z – the first meeting is at Albert Park in Melbourne, and the next-to-last is in Zagreb.

Fast cars out, fast men in

The temporary infrastructure from the Formula One Grand Prix is scarcely cleared from Albert Park, the inner-city park which contains Lakeside Stadium, Melbourne’s new home of athletics.

As the last traces of the fast cars are removed, the fast men are moving in for the opening round of the IAAF World Challenge on 6 April. In pole position is Asafa Powell, the former 100m World record-holder and still fourth-fastest all-time, bent on redemption after his injury-hit performance in the London 2012 Olympic Games final.

Having again decided not to gamble on surgery, Powell has done a careful rehabilitation of his injured groin and is ready for his two Australian engagements – the IAAF World Challenge meeting and, before that, the famous handicap race the Stawell Gift over the Easter weekend.

Powell said in Melbourne on Wednesday that he was uncertain of his form, because he has yet to race.

“I have been working very hard after London,” Powell said. “I am in pretty good shape, not the best yet because we are still in background training and haven’t really started speed training, but I am strong right now and I am very excited to see what I can do on the track.”

One thing Powell is certain about is that, even at 30 years old and with 88 sub-10s under his feet, he has more to give.

Have we seen the best of Asafa Powell yet, someone asked.

”No, absolutely not,” he replied. “The best is yet to come because over my career I have been injured … so, hopefully, this year I am injury-free.”

Diamonds not the only things that sparkle

The IAAF Diamond League understandably attracts a large share of the spotlight, but diamonds are not the only objects that sparkle on the international athletics calendar.

As well, the wider reach of the series enabled some established stars to demonstrate their talents either on their home stage or, at least, within their region.

In Melbourne a year ago, Sally Pearson produced a gem of a run in just her second hurdles race of the Olympic year, skimming faultlessly over the barriers in 12.49. Even the rain which fell through most of the meeting stopped. And Craig Mottram raced to a commanding win over Collis Birmingham in the 5000m, a run which clinched his Olympic selection.

The IWC meeting provided Bolt with the stage on which to run his first 100m on home soil since 2008.

Drama, did you say; what about Haile Gebrselassie’s (relative) demise in Hengelo when he finished seventh in the 10,000m at the venue where he had run some of his greatest races.

When Paul Cleary, still a couple of months short of his 20th birthday, upset the great Moses Kiptanui in the IAAF GP II (pre-IWC days) Melbourne meeting in 1996, it set off a chain of events epitomising the mix of home performances and international highlights that makes Melbourne’s meeting special to its fans.

Cleary’s 3:38.98 ahead of the distinguished Kenyan trio of David Kibet, Kiptanui and William Tanui announced a fresh local talent and set the 19-year-old on the path to Atlanta Olympic selection.

Stung by the loss, Kiptanui lined up 70 minutes later in the 5000m. Ostensibly he was the pacemaker, but it quickly became clear Kiptanui had other intentions.

Leading all the way, Kiptanui salved his wounded pride with a 13:20.30. The mighty roar as he crossed the line was not for him, however, but for Steve Moneghetti, who produced a very un-marathon like sprint past Paul Bitok to finish second in a personal best 13:25.77.

Those two performances scarcely overshadowed Cathy Freeman’s first sub-50-second 400m. Freeman’s 49.85 was a national record, as was the 48.87 by Rohan Robinson in the 400m Hurdles.

Obviously Powell’s appearance in the 100m will be a highlight, his local fans fervently hoping he can produce his 89th – and Melbourne’s first – sub-10.

A familiar name will return in the 400m. Calvin Smith Jr will take on the one-lap race some 28 years after his father – former 100m World record-holder and two-time World champion at 200m, Calvin Smith Sr – won the 100m at the 1985 Australia Games in Melbourne.

In the men’s High Jump, Australia’s Liam Zamel Paez will get a chance to confirm his recent 2.29m personal best against USA’s Dusty Jonas.

Jonas, a Beijing 2008 Olympian, recently returned from a career-threatening Achilles injury, clearing an indoor personal best of 2.34m in Nebraska a year to the day after rupturing the tendon.