Lahore – Pakistan, Jan 22, 2013: AREA, As a part of AFC AID-27 Financial Assistant Programme, in the first phase, trials, training and coaching camp for PFF U-13 Football Youth Cup-2013 has already started which is going to be held from 27th January to 31st January, 2013. After the completion of the
Read More

Lahore – Pakistan, Nov 22: The entire Pakistan football fraternity was today shocked by the sad demise of senior footballer enthusiast and tournament organizer Usman Baloch who died in road accident on Wednesday. He was 62. From officials to fans, from journalists to students, his alma-mater, all are grieved at this devastating
Read More 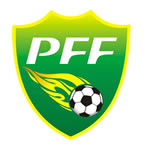