Home  »  OTHER SPORTS   »   IRB Head of Commercial Broadcast and Marketing 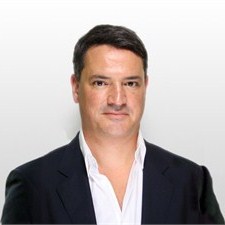 Dublin – Ireland, Mar 07, 2013: Murray Barnett has been appointed Head of Commercial, Broadcast and Marketing for the International Rugby Board and Rugby World Cup Limited.

Vastly experienced, having worked for more than 20 years in the global sports television and entertainment industries, Barnett will start the role with the international federation on April 15 and joins at an exciting time for a sport that continues to experience unprecedented global participation and commercial growth.

Barnett, 42, will be responsible for driving forward and delivering the IRB’s broadcast, marketing and digital media strategies as the sport seeks to maximise its popularity and commercial appeal in established, new and emerging markets, while driving forward the Rugby brand, spearheaded by the flagship Rugby World Cup.

Barnett joins the IRB from ESPN where he performed the key role of Vice President, Sports Channels and Syndication in Europe, Middle East and Africa and has an impressive track record of exploiting and developing the broadcast and digital assets of the federations and sports he has worked with including NBA, FINA and FIBA.

IRB Chief Executive Brett Gosper said: “Murray’s blend of vast experience and strong knowledge of the sporting digital media, broadcast sales, marketing and commercial landscape is perfectly suited to the IRB’s mission to reach out to an even greater numbers of players, fans, commercial partners and broadcasters in more markets worldwide.”

“Murray joins a dynamic and strong management team at an exciting time for the IRB and for the Game with global participation at an all-time high, a strong commercial profile, the Rugby World Cup brand going from strength to strength and the sport returning to the Olympic Games in 2016.”

Barnett said: “I am delighted to be joining the IRB at such a seminal time for the sport. I look forward to working within a strong management team, in collaboration with Rugby’s major stakeholders, and to using the experience gained through my involvement with the sports broadcast, commercial, marketing and digital sectors to add further growth and momentum to Rugby as one of the world’s most exciting and commercially attractive sports.”