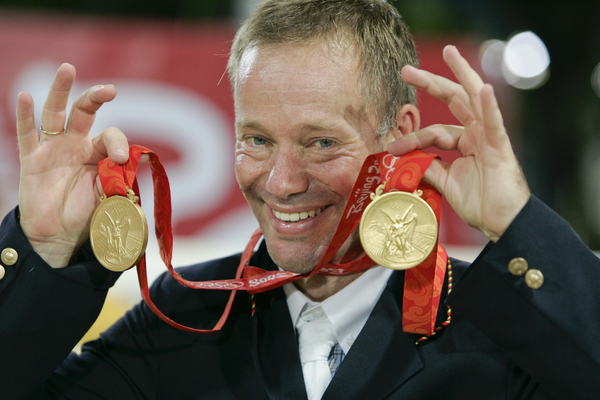 Lausanne (SUI), July 17, 2012: Equestrian world, With just 10 days to go to the Opening Ceremony of the London 2012 Olympic Games, the hopes and dreams of equestrian athletes and their support crews are all focused on Greenwich Park, in the heart of England’s capital city.

It would be difficult to find a more gracious location in which to celebrate equestrian sport’s century of involvement in the Olympic movement. And the three Olympic disciplines of Eventing, Dressage and Jumping can be expected to provide 14 days of extraordinary sport.

Eventing leads the way, with the First Horse Inspection taking place on the same day as IOC President, Jacques Rogge, greets Her Majesty, Queen Elizabeth II, at the entrance to the Olympic Stadium at Marshgate Lane during the London 2012 Opening Ceremony on Friday 27 July.

The horse inspection follows the all-important draw, which will decide the running order for the first two phases of the competition. This takes place in the presence of the Ground Jury, Denmark’s Anne Mette Binder (President), Britain’s Nick Burton and Australia’s Gillian Rolton. Germany’s Martin Plewa is Technical Delegate and will have Brazil’s Ataide Barcelos Pereira working alongside as Assistant TD. As the draw is made, blocks of individual athletes will be interspersed between team members, with the fifth athlete from each team going in the final group.

The following morning, Tuesday 31, after the Second Horse Inspection, the team medals will be decided in the first round of Jumping. The top-25 will then qualify for the Individual final in the afternoon, again competing in reverse order of merit and with only three riders from each nation permitted to make the cut.

The restriction on numbers could lead to a gritty internal battle in some of the teams on that final day, as precious places in the afternoon individual decider hang in the balance. And that includes the heavyweight host-nation which boasts one of the biggest names in the sport – William Fox-Pitt, the No. 1 rider in the HSBC World Rankings and a hot contender for Olympic glory. He is joined by multiple medallist Mary King, Tina Cook who claimed Individual bronze in 2008, Nicola Wilson and Zara Phillips. The latter pair have never made it to the Olympics before, but in the case of World and European champion Phillips, that was down to last-minute unsoundness for her horse Toytown in both 2004 and 2008. It will be a momentous occasion should the 31-year-old rider take a medal in the year that her grandmother, the British monarch, marks 60 years on the English throne.

Olympic glory is elusive however. Despite their remarkable record in the sport, the British have only taken Eventing team gold on three occasions – most recently at Munich (GER) in 1972 when Richard Meade also took the individual title. That’s a 40-year gap, and one the home team is keen to bridge. Zara Phillips’ father, Mark Phillips, was on that 1972 winning side along with Mary Gordon-Watson and Bridget Parker, and the entire team went on to become highly influential in the world of equestrian sport in the years that followed. Mark Phillips comes to London in 2012 as US Eventing team manager.

It is America that holds the record for most Olympic team victories, with four in total. And US riders have another statistic on their side. On the only other occasion when the Olympic Games were previously staged in London, 64 years ago in 1948, they came out on top. Perhaps this augurs well for the fortunes of the squad of William Coleman, Tiana Coudray, Boyd Martin, Karen O’Connor and Philip Dutton – the latter a double-gold Olympic medallist when competing under the Australian flag at Atlanta (USA) in 1996 and Sydney (AUS) in 2000.

The Germans are a formidable bunch however. Like the British, they have three team and two individual titles under their belt, and they are also the defending champions. Ingrid Klimke and Peter Thomsen were both members of the gold-medal-winning side at the Beijing Games in Hong Kong four years ago, when team-mate Hinrich Romeike put in a stunning performance to win the individual title. And this time their squad includes a man who may well be destined to lay down a major marker in Olympic history.

Michael Jung showed fabulous form at the HSBC FEI Classics™ in Luhmühlen (GER) last month, and if the reigning World and European champion can add Olympic gold to his extensive collection, then he will be the first rider ever to hold all three titles at the same time. He celebrates his 30th birthday on 31 July, so it will be a day to remember if he succeeds. He competes alongside Klimke, Thomsen, Sandra Auffarth and Dirk Schrade in the crack German side.

But the battle for the individual title looks wide open, and southern-hemisphere representatives will be a big threat. The Australian team abounds with talent in the shape of Christopher Burton, husband-and-wife Clayton and Lucinda Fredericks and Shane Rose – the latter three all members of the silver medal winning team in 2008, while four-time Olympic medallist, Andrew Hoy, will match the record set by America’s Mike Plumb for most Olympic Eventing appearances when lining out at his seventh Games.

And New Zealand looks so strong – Jonathan Paget, Caroline Powell, Jonelle Richards and the living legend, Mark Todd – the only former individual gold medallist in the competition – are joined by the man they are all talking about right now, 50-year-old Andrew Nicholson. The Kiwis were really impressive when filling the top three places at the pre-Olympic event at Barbury Castle in Great Britain recently. Nicholson was on fire that weekend as he swept to victory and also claimed runner-up spot. There is a sense that somehow the time is right for this popular and gifted horseman to get his chance to stand directly under the spotlight.

But with 13 teams, and riders from 22 nations in action there is no predicting the outcome. The Cross-Country course, designed by Sue Benson over the unusually hilly terrain in Greenwich Park, is bound to play its part, and there will, no doubt, be more than a few surprises over the four days of competition. What is guaranteed, is one of the most competitive and exciting Olympic events in the long history of a sport that tests the skill, courage and stamina of horse and rider like no other.

As the final countdown begins, those hopes and dreams are about to take flight…..

Australia’s Andrew Hoy will match the record set by the USA’s Mike Plumb for most Olympic appearances in Eventing when competing at his 7th Games in London.

Hoy is a four-time Olympic medallist and will be attempting to add his fifth in London.

This will be the sixth Olympic Games for three other super-stars of the sport – New Zealand’s Mark Todd and Andrew Nicholson, and Great Britain’s Mary King.

Eventing at the Olympic Games is set at 4-Star level.

Teams consist of a minimum of 3 and maximum of 5 horse/rider combinations with 3 best results to count for team classification.

Individual final Jumping test will take place after Team Jumping on same day. It is open to the top 25, including ties for 25th place, with a restriction of 3 horse/rider combinations per country.

The Cross-Country course is approximately 5,700 metres in length. The time-allowed is 10 minutes and the maximum number of jumping efforts will be between 42 and 45.

In the final Jumping phase, the fences for the first round which decides the Team medals will be up to 1.25m in height, with between 11 and 13 fences on the course.

The fences will be raised to 1.30m for the Individual Jumping Final.

One country, The Netherlands, will be represented by a team of just three riders in Eventing at London 2012.

Germany won both the Team and Individual titles at the 2008 Olympic Games and two members of that winning team are competing again in London – Ingrid Klimke and Peter Thomsen.

New Zealand’s Mark Todd and Andrew Nicholson have been competing at Olympic level for 28 years. They first competed at Los Angeles (USA) in 1984.

Mark Todd is the only former Olympic champion in the field. He won individual gold at Los Angeles (USA) in 1984 and Seoul (KOR) in 1988.

Ground Jury President is Denmark’s Anne Mette Binder, who will work alongside Britain’s Nick Burton and Australia’s Gillian Rolton, while the Technical Delegate is Germany’s Martin Plewa, who will have Brazil’s Ataide Barcelos Pereira working alongside him in the role of Assistant TD. Course Designer is Britain’s Sue Benson, who has worked alongside the “London Eventing” team of course-builders Jonathan Clissold, Adrian Ditcham, Andrew Hunter and Scott Brickell. And she has Pierre Michelet, the Frenchman who has been appointed course designer for the Alltech FEI World Equestrian Games™ 2014 in Normandy, at her side as a Cross Country Consultant.

Of course no event can run smoothly without the limitless expertise of the stewards who work tirelessly, often in the background and attracting little of the gratitude they deserve. Italy’s Frances Truilzi is Overall Chief Steward for the equestrian events at London 2012, and Germany’s Jurgen Petershagen fills the role of Eventing Chief Steward.