Home  »  OTHER SPORTS   »   The ICSS discusses security at fan festivals 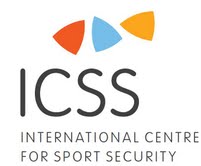 As part of its mission to share knowledge and best practice with event organisers in Brazil ahead of the country’s hosting of the 2014 FIFA World Cup, a senior delegation from the ICSS, including Helmut Spahn, Executive Director, Malcolm Tarbitt, Director of Security and Risk Advisory, Shaun McCarthy, Director of Research and Knowledge Gathering and Massimiliano Montanari, Director of International Cooperation and External Relations, led two panel discussions at the symposium. The panels explored the securing of fan festivals and ‘soft’ venues and the socio-economic legacy left by hosting safe and secure international sport events.

At the first workshop, entitled ‘The Challenges involved in safeguarding fan festival zones and soft targets during major sport events’, Helmut Spahn, who was joined by Malcolm Tarbitt, stressed the importance of implementing appropriate security measures at potential ‘soft’ targets during major sport events, including hotels, restaurants and bars.

Speaking at the event, Helmut Spahn, Executive Director of the ICSS said; “Fan zones and soft venues now play an important part in the overall success of a major international sport event, yet despite this, the consideration these highly-populated venues receive in the overall master security planning can be minimal. As a result, there is now a critical need for major event organisers to plan and provide appropriate safety and security at ‘soft venues’, as well as a need for the development of international standards of security planning for fan zones so that knowledge and best practice can be shared between organisers.”

During the second workshop, entitled ‘Socio-Economic Legacy and the role of the security establishment in major international sport events’, Massimiliano Montanari and Shaun McCarthy underlined how hosting safe and secure international major sport events can play a vital role in the wider socio-economic development of a host nation, as well as stressing the role that safety and security investments can have in building national competitiveness and the benefits of community engagement policing strategies.

Massimiliano Montanari, Director of International Cooperation and External Relations at the ICSS said; “New host countries, such as Brazil, face growing concerns about the scale of investments in safety and security for major sport events and the competing socio-economic needs of society. However, national economic development and major sport events need not compete with each other and if approached in the right manner, sport events can be used to provide opportunities in economically marginalised communities. At the ICSS, we are committed to sharing knowledge globally to ensure that the benefits of hosting sport events are maximised and long-lasting.” —- By: Will Shand, VEROCOM