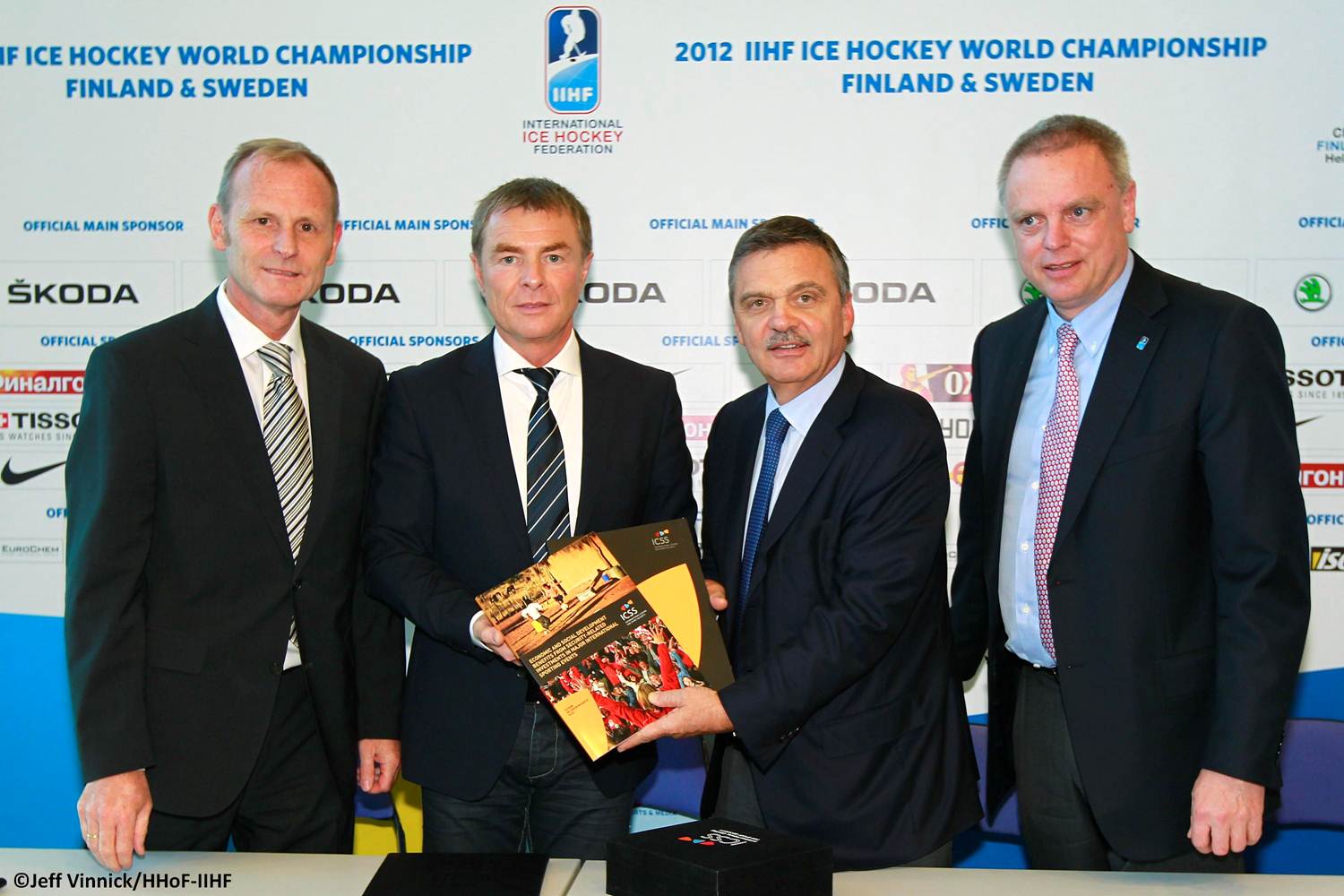 As part of the agreement, the ICSS team, including Helmut Spahn (Executive Director), Heinz Palme (Director of Business Development) and Rick Festorazzi (Director of Training), briefed staff at venues in Helsinki and Stockholm over the last week on overall concept and scenario planning and will support and advise the IIHF throughout ice hockey’s premier competition.

The agreement, which was pre-signed by Mohammed Hanzab (President of the ICSS), was concluded by IIHF President René Fasel at a signing ceremony organised at the championship, which is taking place in Finland and Sweden from the 4th – 20th May.

René Fasel, President of the IIHF, said: “Major sporting events are becoming increasingly complex and we are delighted about this new partnership and the work so far with the ICSS. With a global network of practitioners and expertise in sport safety, security and integrity, the ICSS will play an important part in staging a safe and successful championship and I look forward to working further with the team over the coming weeks.”

Speaking at the championship, Helmut Spahn, Executive Director of the ICSS, said: “With the tournament off to an exciting start, this new agreement represents a valuable opportunity to share knowledge and best practice between both organisations. We hope that the ICSS can play an important role in the overall success of this year’s IIHF Ice Hockey World Championship and many other major sporting events for years to come.”