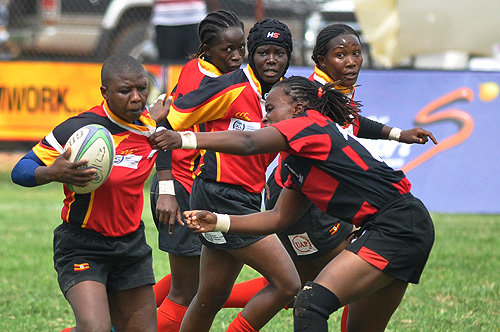 Dublin – Ireland, April 26, 2013: The International Rugby Board has revealed that Women’s Rugby World Cup 2014 will kick off in Paris, France on Friday, August 1.

The announcement was made at an IRB event in Madrid, where Italy, Spain, Scotland, Samoa, Sweden and the Netherlands are currently battling it out for two of the four remaining places at the showpiece of the Women’s Game.

The pool matches for WRWC 2014 will take place at the Federation Française de Rugby (FFR) in Marcoussis and Marcoussis Rugby Club.

The knockout stages of the tournament will also see matches played at the FFR in Marcoussis, with the semi-finals, Bronze Final and Final taking place at Stade Jean Bouin in the French capital.

The tournament format will be the same as for the hugely successful Women’s Rugby World Cup in 2010, with 12 teams split into three pools of four. The pool allocation draw will take place once all 12 teams are confirmed.

With one round remaining of the qualifier in Madrid, four teams – Italy, Spain, Samoa and Scotland – are still in contention for those two qualification places going into the final day on Saturday.

This will leave only two places remaining, to be filled by an African and Asian qualifier.

IRB Tournament Director Philippe Bourdarias, speaking at the event in Madrid, said: “It’s great to finally announce the dates and venues for the Women’s Rugby World Cup in 2014. A lot of work has gone on behind the scenes to get us here, and it’s really shaping up to be a World Cup like no other.”

“We’ve all seen how Women’s Rugby has progressed rapidly since the last World Cup in 2010 in England. We want to build on that success, and I have no doubt that the 12 teams that travel to France next year will give us a master-class in Rugby at this elite level.”

IRB Chairman Bernard Lapasset is looking forward to the event in France next year.

“I have no doubt that this tournament will capitalise on the phenomenal success of the last Women’s Rugby World Cup and elevate the Women’s Game to new heights,” said Lapasset.

“Along with France’s world-class facilities, strong tournament management and an extensive and enthusiastic support base for Women’s Rugby, it is perfectly positioned to host a memorable and ultimately successful Women’s Rugby World Cup 2014.” —- IRB