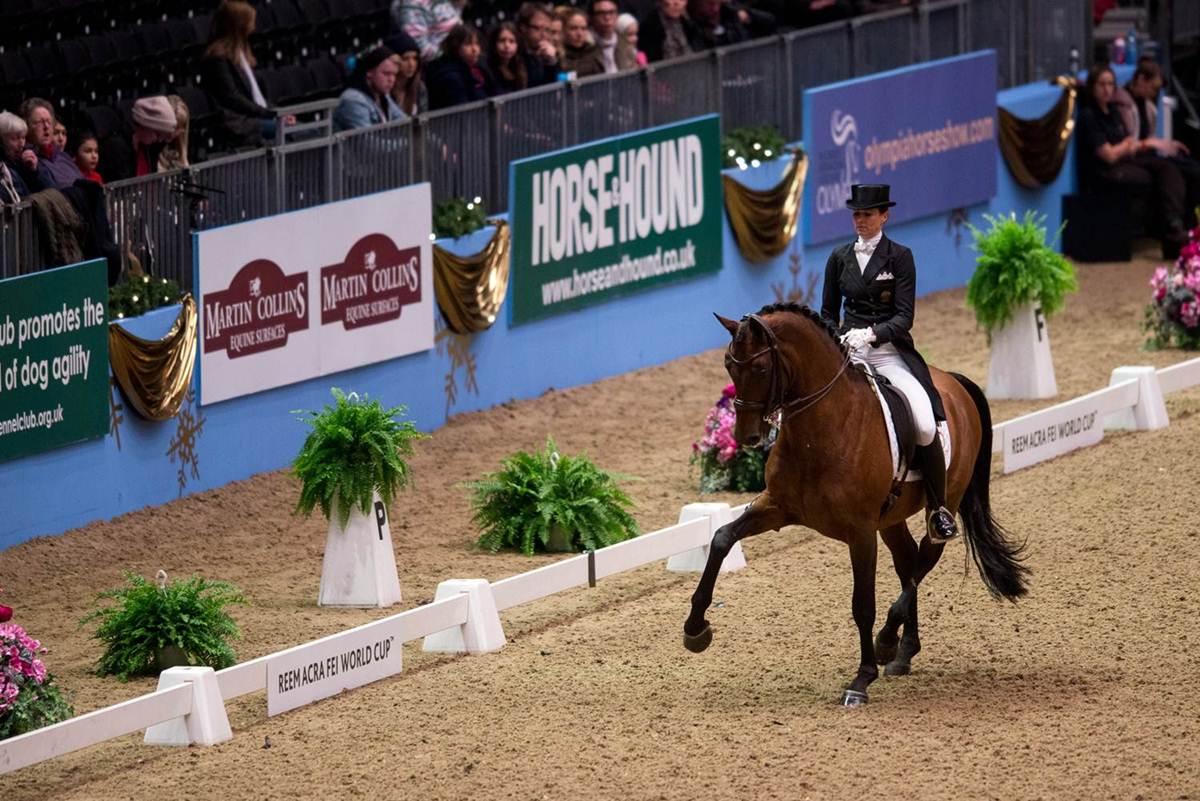 Lausanne, Mar 11, 2013: Sviatlana Loika and Katsiaryna Varchenia from Belarus are joint-leaders of the FEI Central European World Cup™ Dressage 2012/2013 League while Australia’s Rozzie Ryan won the Pacific League Final in recent months. The Central European qualifying spot for the Reem Acra FEI World Cup™ Dressage Final 2012/2013 in Gothenburg, Sweden next month has yet to be decided by results from the regional Final which will take place at Zhashkiv, Ukraine from 29 to 31 March.

Meanwhile Ryan has opted not to travel to Europe, so the Pacific League qualifying spot will be taken up by European-based Lyndal Oatley.

A total of eight qualifying legs took place in the Central European region, with riders also permitted to take points from the Western European legs at Stuttgart, Germany and Stockholm, Sweden last November. The series began in Zhashkiv last May, where Austria’s Stefan Peter won through with Don Walesko ahead of the Ukraine’s Inna Logutenkova who filled both second and third places partnering Vian Stallone and Don Gregorius respectively. Loika and her top ride, Gulbis, only managed a fifth-place finish this time out to slot in behind Yassine Rahmouni (Floresco NRW) from Morocco.

However Loika moved up to third place at the following event in Nizhniy Novgorod, Russia last June where the host country’s Alexandra Korelova and Baikal stood top of the podium with Katsiaryna Varchenis and Redford 2 in runner-up spot. The big guns came out for the third leg at Lipica, Slovenia where Switzerland’s Marcela Krinke Susmelj and Smeyers Molberg held sway over Italy’s Valentina Truppa who would go on to make a big impact later in the year in the Reem Acra FEI World Cup™ Dressage Western European League series. Frenchman, Arnaud Serre and Helio took third at Lipica ahead of Germany’s Matthias Kempkes and Corado, but at Bmo-Panska Licha in the Czech Republic a few weeks later, Poland’s Katarzyna Milczarek and Ekwador headed Sebastien Duperdu from France with Passe Partout. Austria’s Karis Kosak (Lucy’s Day) finished third here while Germany’s Martina Hannover-Sternberg (Ratino H) filled fourth spot.

At Wroclaw, Poland later that month a number of the Western European League contenders lined out once again, and it was Krinke Susmelj who took pole position ahead of Canada’s Pia Fortmuller (Orion) while Milczarek had to settle for third with Florencia B. The Netherlands’ Marlies van Baalen and BMC Miciano slotted into fourth with Sweden’s Roe Mathisen (Bocelli) in fifth while the well-travelled Polish partnership of Michel Rapcewizz and Randon took sixth spot.

Just three lined out at Minsk in Belarus in late September where Varchenia improved her position with victory riding Redford ahead of Loika and Gulbis while Russia’s Morozkina and Absolutely Fabulous took third behind the Belarusian partnership who, by now, were already on level-pegging for top spot in the series.

Lyndal Oatley’s victory for Australia with Sandro Boy at Kaposvar in Hungary last October therefore caused them no concern. Milczarek and Edwador lined up second here ahead of Fortmuller and Orion in third and Kosak and Lucy’s Lady in fourth. However it was a huge day for Oatley who recorded her very first Grand Prix victory with a personal-best score of 76.525.

And the significance of Oatley’s performance was borne out when the 32-year-old German-based rider who hails from Sydney was offered a wild-card entry to the Reem Acra FEI World Cup™ Dressage Final 2012/2013 in Gothenburg, Sweden next month. Her name was put forward by Equestrian Australia when both winner, Rozzie Ryan, and runner-up Maree Tomkinson declined the opportunity to avail of the invitations available to them following their successful runs in the Pacific series.

All of the Pacific League events took place in Australia, and at the opener in Werribee, Victoria last March, Tomkinson and Diamantina pipped Heath Ryan and Regardez Moi for top spot with Tor van den Berge (Fishermans Friend) slotting into third ahead of Fiona McNaught (Ostra) in fourth.

It was Heath Ryan’s turn to head the line-up in Melbourne in June where Caroline Wagner and Tango V took second ahead of Jeremy Janjic (Django of Cacherel) in third and Kerry Mack (Mayfield Pzazz) in fourth – Tomkinson and Diamantina having to settle for fifth this time out.

At Brisbane in July, David Shoobridge and OO-Seven pleased the Ground Jury best, but the ever-consistent Heath Ryan finished second while van de Berge was third and Caroline Wagner was next in line. However Tomkinson bounced back with another win at Sydney in October, demoting Shoobridge to runner-up spot here while Sheridyn Ashwood (Prestige VDL) finished third ahead of Heath Ryan and Regardez Moi in fourth. Ryan then recorded a double of his own when reigning supreme in Melbourne in November where Mary Hanna and Sancette lined up second ahead of Tomkinson in third and Shoobridge in fourth.

However it was another Ryan who stole the show when the series returned to Werribee again for the last qualifying leg in December. Heath’s wife, Rozzie Ryan, scored 70.275 with the 16 year old GV Bullwinkle to leave Tomkinson and Diamantina in second ahead of Shoobridge and OO-Seven in third. Both Heath and Rozzie have represented Australia at Olympic Games, FEI World Equestrian Games and FEI World Cup™ level, and when Rozzie also won the series final at Melbourne later that month she was offered the qualifying spot available at the forthcoming Reem Acra FEI World Cup™ Dressage Final. She decided not to travel however, and when Maree Tomkinson did likewise, the opportunity arose for Oatley who will now fly the flag for the Pacific League.

FEI World Cup™ Dressage, the only worldwide series in this discipline, has entered its 28th season. The series, created in 1985, comprises four leagues: Western European, Central European, North American (including Canada) and Pacific (Australia, New Zealand, Asia). Each FEI World Cup™ Dressage qualifier consists of a Grand Prix test, which in turn is a qualification for the Freestyle to music competition, where league points are accumulated towards places in the Final. Judged on both technical and artistic merit, the FEI World Cup™ Dressage combines art, sport and partnership between horse and rider at the highest level and consistently proves a winning formula with audiences all over the world. —- FEI by Louise Parkes/Picture © Jon Stroud Media