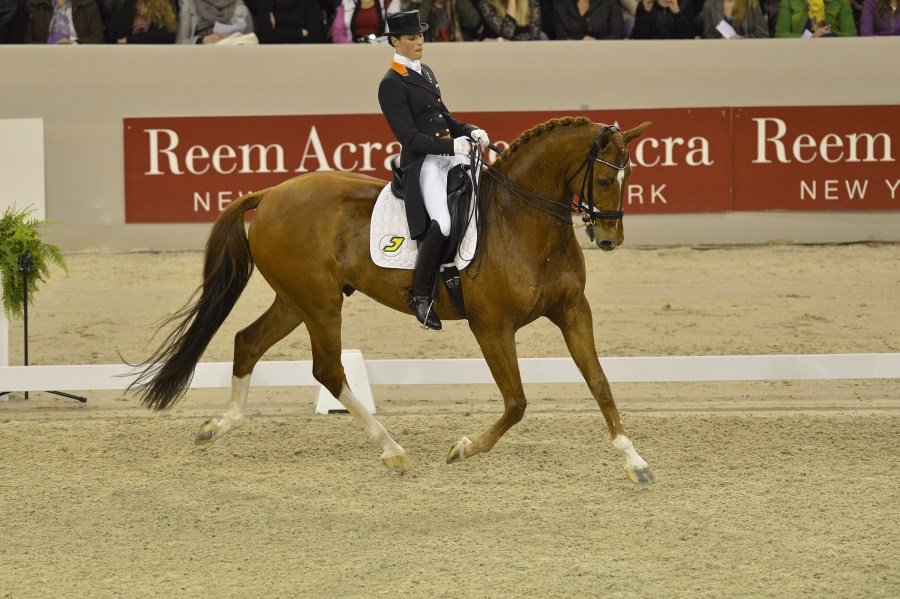 Lausanne, Oct 03, 2012: The FEI is delighted to announce that Reem Acra, the internationally renowned fashion designer, has signed a new contract extending her title sponsorship of the FEI World Cup™ Dressage Western European League and Final for a further three-year cycle until 2016.

The New York based designer, who has dressed some of Hollywood’s top stars in her classic couture, including Madonna, Angelina Jolie, Taylor Swift and Eva Longoria, became title sponsor of the FEI World Cup™ Dressage Western European League and of the FEI World Cup™ Final at the start of the 2010/2011 World Cup season.

The current contract with Ms Acra runs until the Reem Acra FEI World Cup™ Final 2013, which will be held in Gothenburg (SWE), and the new agreement will then run through to the end of the 2015/2016 series, including the Final.

“When I took on the title sponsorship of the Western European League and the World Cup Final in October 2010, I did it because I love the sport and I love horses,” said Reem Acra. “It has proved to be a perfect match for the Reem Acra brand. The elegance of dressage reflects the passion and creativity that inspire my own designs.”

“The FEI is thrilled that Reem Acra will continue to support one of our flagship series,” FEI President HRH Princess Haya said. “This partnership has taken the beauty of our sport to new audiences and we are looking forward to maintaining this strong connection. Reem Acra’s own success story allows her to understand the determination and dedication that is necessary to reach the top.”

The FEI World Cup™ Dressage has always been at the forefront of innovation, introducing the concept of Freestyle to Music to top level international Dressage in 1985. The Freestyle is now one of the sport’s most popular competitions, offering riders and horses the opportunity to showcase their artistry and musicality.