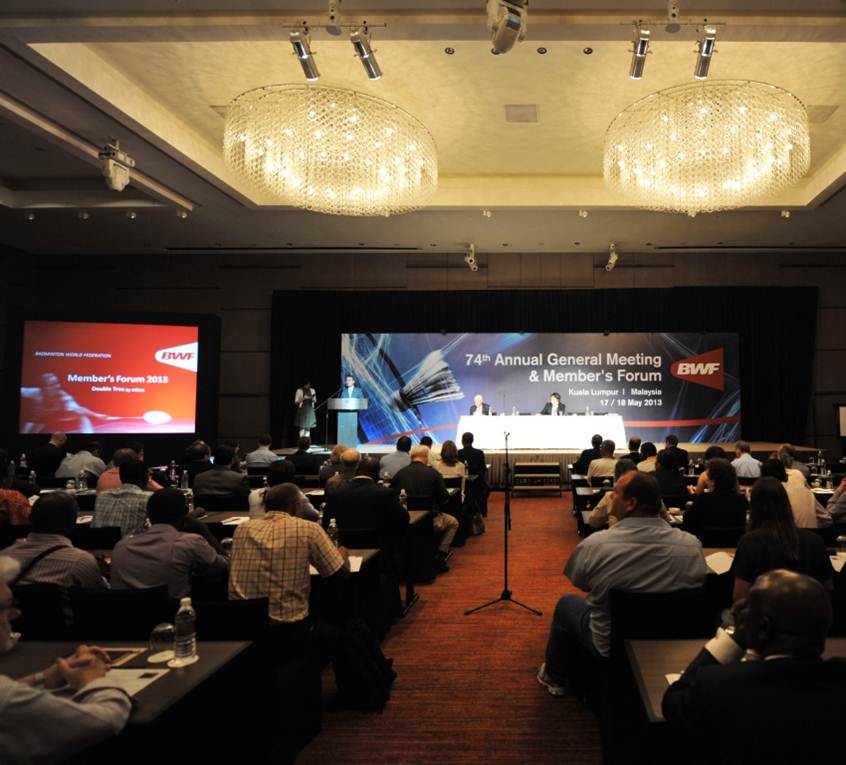 Delegates from more than 150 of BWF’s 179 worldwide Member Associations are in the Malaysian capital for the week-long session which will see the election of a new president and council, the announcement of the 2012 Players of the Year at a glittering awards banquet and various council and committee sessions, including the Women in Badminton Forum on Sunday.

These events will run alongside the biennial Li-Ning BWF Sudirman Cup which kicks off on Sunday at Putra Stadium in Kuala Lumpur, with 30 teams competing and China bidding to defend their title for a record ninth victory in the Mixed Team tournament.

Both noted that while badminton has been doing increasingly well as part of the Summer Games and “significant improvements” have been made, there is still “lots to do”. Lund said badminton and the BWF must build on a solid performance in London 2012 which saw 98.9 per cent ticket sales; more than 1000 hours of dedicated badminton coverage and great spectator ship.

“This is an important occasion for networking and information sharing with our most important stakeholder – our members,” said outgoing BWF President Dr. Kang Young Joong.

Tomorrow’s AGM will see either Dr. Justian Suhandinata (Indonesia) or Poul-Erik Hoyer Larsen (Denmark) succeed Dr. Kang as BWF President for the next four years, as the organisation moves towards the Rio 2016 Olympic Games. A new BWF Council will also be elected.

In the evening, the badminton fraternity will be joined by players in the Li-Ning BWF Sudirman Cup for the All Stars Awards and Welcome Dinner. During the night’s festivities at the Double Tree by Hilton Hotel, the Players of the Year for 2012 will be revealed and top administrators saluted for their contributions to the sport. —- BWF