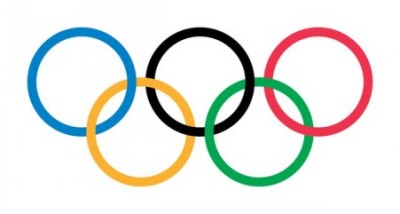 Lausanne, July 01, 2013: The International Olympic Committee (IOC) today honoured six women for their outstanding contributions to the development of women’s participation in sport and sports administration, during a ceremony for the 2013 IOC Women and Sport Awards in Lausanne.

Qatari Ahlam Salem Mubarak Al Mana, a pioneer for women’s and girls’ sports rights in her country, was presented with the World Trophy, while the five continental trophies were awarded as follows:

Read more about the profiles of the trophy-winners:

As President of the Qatar Women’s Sport Committee, World Trophy winner Ahlam Salem Mubarak Al Mana has been promoting women’s participation in sport across all levels. She has helped increase the selection of Qatari sportswomen to compete at international level and played an integral role securing the participation of four Qatari female athletes at the London 2012 Olympic Games – the first time in Olympic history that Qatari women had taken part.

She has also set up training programmes in Qatar to develop women as coaches in handball, basketball, table tennis, football, volleyball, swimming and athletics. Ahlam Salem Mubarak Al Mana has likewise enhanced the leadership roles of Qatari women in sport and has succeeded in attracting sponsorship for women’s sport. At the community level, she has helped popularise sport among schoolgirls.

IOC President Jacques Rogge said at the ceremony: “The Olympic Movement has been at the forefront of efforts to encourage the participation of women in sport for several years now.” He added: “We have made great progress towards equality on the field of play, but we have much more to do to boost the number of women coaches and sports administrators. Tonight’s award-winners all serve as true role models in the pursuit of this important goal.”

Anita DeFrantz, Chairwoman of the IOC Women and Sport Commission said: “The remarkable women we are honouring tonight come from varied backgrounds, speak different languages and have made their mark on sport and society in different ways. But all are committed to the belief that the practice of sport is a human right that cannot be denied on the basis of gender, race, religion, ethnicity or sexual preference. The International Olympic Committee shares that commitment, as defined in the Olympic Charter.”

The winners were selected by the IOC Women and Sport Commission from a pool of 49 nominees. The applicants were submitted by National Olympic Committees (NOCs), Continental Associations and International Federations.