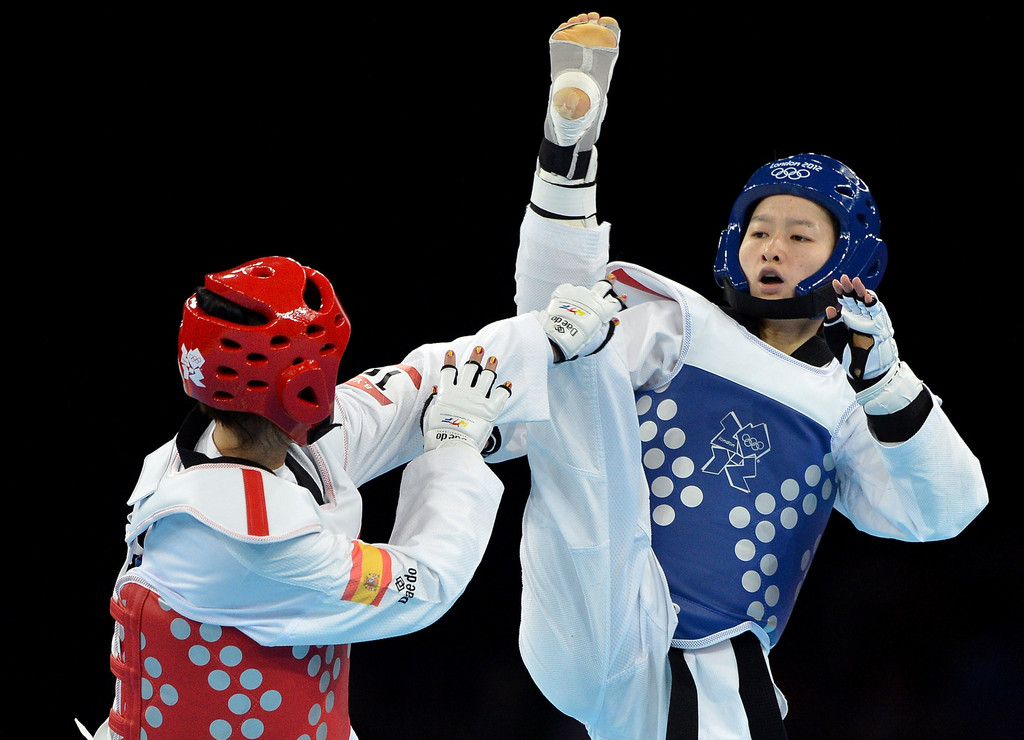 London – GBR, August 08, 2012 London – Day one of the Taekwondo competitions of the London 2012 Olympic Games found energized audiences and incredible displays of athleticism as the Women’s -49kg and Men’s -58kg battled it out for their Olympic dreams at the ExCel Center. Wowing fans in a sold out venue, Wu Jin Gyu of China and Joel Gonzalez carried fans as they advanced through every stage of the competition to claim their rightfully earned gold medals. 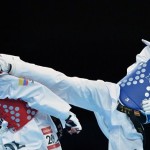 The two Olympic Champions dominated as they worked through the competition overcoming world-class athletes. But this day belonged to Wu and Gonzalez, proving why they are the world’s best.

Wu, is the defending Olympic Champion from the Beijing 2008 Games, won her second Olympic gold in as many Olympic appearances. Gonzalez is the reigning World Champion and held the highest number of ranking points of any of the number one seeds. The two time gold medalist from China won her quarterfinal and semifinal by point gap of over 12 points. Ms. Wu won her preliminary and gold medal final matches by eight and seven points respectively.

The Spanish gold medalist barely got passed Swedish athlete Uno Sanli with a last second point in the preliminary match. After the first match scare, Gonzalez built on every match until he finally won the final by nine points. Silver medalists Brigitte Yague and Dae-hoon Lee also gave impressive performances throughout the competition. Yague was the third seeded athlete for the -49Kg women and breezed through the competition until her semifinal match against bronze medalist Chanatip Sonkham when she had to come from a 6 point deficit in the third round to overcome the seventh seeded Thai athlete to win 10-9 and advance to the final where she won the bronze after an 8-1 defeat by Wu.

Dae-hoon didn’t have as easy of a time as his female counterpart. Endured two golden-point challenges and narrowly defeated bronze medalist Alexey Denisenko by one point to advance to the final match. Lee is the World Champion in the -63kg and was unseeded in the -58kg division at the Olympics.

In the bronze medal matches, all medal winners were semifinalists, beating out their repechage opponents to secure their positions.

For the women Thailand’s Chanaplin Sonkham endured dramatic loss to silver medalist Brigitte Yague, but easily fended off a challenge from Elizabeth Zamora, who fought valiantly, with a 8-0 victory.

Lucija Zaninovic, half of Croatia’s superstar Taekwondo twins, won her bronze with a dramatic finish with a golden-point overtime win after struggling in her match against the gold medalist. Lucija’s sister Ana will compete on August 9th for a medal of her own Alexey Denisenko of Russia defeated Salwan Khalil from Australia after suffering a defeat by the silver medalist. The active bronze medal match proved the strength that Denisenko possesses. Oscar Munoz of Columbia won his countries first medal in the sport of Taekwondo. He defeated Tamer Bayoumi from Egypt.

More action will take place over the next three days at the ExCel Center in London and Taekwondo continues on during the 2012 Olympic Games. More exciting action is expected as previous Olympians seek to establish legacies and new comers looking to make their mark. —- WTF