Home  »  OLYMPIC   »   Statement to mark the conclusion of Badminton 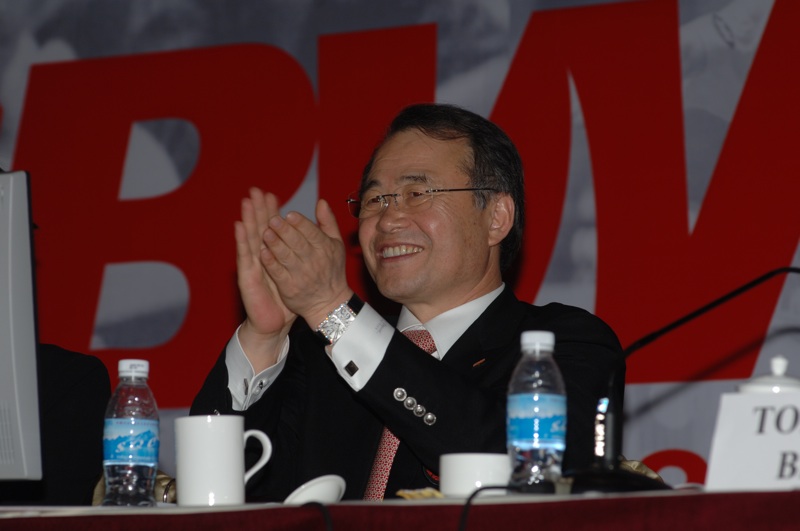 London – GBR, August 05, 2012: During the past nine days, as the London Olympics 2012 have unfolded, badminton fans here and across the world have been treated to an amazing spectacle at Wembley Arena.

It has been badminton at its best.

We have seen what great theatre and drama sports can be, with some riveting battles on the courts, featuring the crème de la crème of badminton players. They have provided superb entertainment and excitement, proving yet again that victory is never assured until the last point is won. The Badminton World Federation (BWF) is also pleased that competitors from a record 51 countries participated in badminton at these Games; with a best-ever seven nations winning medals while various players attained some significant personal milestones.

Each session of each day has been “sold out” with fans attending in large numbers and supporting their respective favourites vigorously and vociferously. We have seen and heard them. They have been great, filling the arena with deafening shouts of encouragement and acclaim. The fact that badminton tickets have been in high demand daily – as well as the visible presence of spectators of several different nationalities (often waving their country’s flag) – signals that our sport continues to enjoy strong popularity throughout all five continents. Other fans have joined in via television and online media, enjoying the energetic exploits of competitors almost as much as anyone seated in the venue.

Media from all over the globe have been accommodated in a spacious, well outfitted media centre and looked after by competent, helpful staff and volunteers. They have taken the story of how well badminton at the London 2012 Olympics has been showcased to the rest of the world. The presentation of badminton at these Games has been exceptional; a truly world-class event, professionally executed with clockwork precision.

The collaboration and cooperation between the International Olympic Committee (IOC), the London Organising Committee of the Olympic and Paralympic Games (LOCOG) and the BWF has been wonderful. We have worked as a family to put on a show of exemplary sporting quality, worthy of the Olympic ideals and philosophy to which we all subscribe.

Regarding the disqualification of four pairs contesting the Women’s Doubles, the BWF’s Executive Board met yesterday and discussed this issue. The Executive Board fully supports the procedure undertaken and concurs entirely with the decision to disqualify the said pairs. The same support has been expressed by the BWF Athletes Commission.

It is however regrettable that this happened and the BWF will take appropriate action post the London 2012 Olympic Games to avoid similar incidents in the future. During our Post Olympic Games Review we will carefully assess, in coordination with the Athletes Commission, the present regulations and also look to create increased awareness among players and their entourages about the ethical standards of badminton.

The BWF Executive Board has decided on the process of the evaluation and this will be on the agenda of the BWF Council meeting in November.

Let there be no misunderstanding, BWF takes this matter utterly seriously and we trust that the steps we have taken show this. However, we will not allow it to detract from a fantastic and successful staging of the sixth edition of Olympic badminton. —- BWF