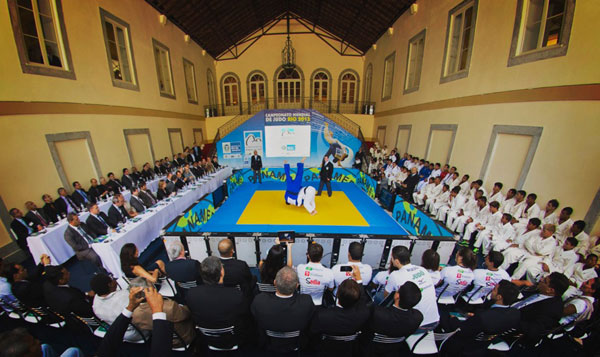 Rio de Janeiro-Brazil, March 24, 2012: Global Launch Event, In 2013, Rio de Janeiro, Brazil, will host the Senior Judo World Championships for the third time in the history of Brazilian Judo. The world’s best athletes will be in action in the Marvelous City of Rio de Janeiro in August 2013, to launch the first global event of the cycle of the 2016 Olympic Games. 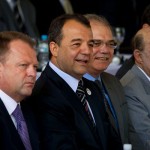 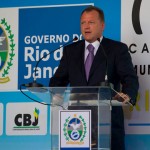 “For Rio de Janeiro it is a very good opportunity to organize the Judo World Championships 2013, specifically knowing that we have a Brazilian Judo Confederation, which is very professional, serious and decent. But the most important contribution received from an event of this size is the legacy of education and sport that will benefit to the people of the all region, “observed the Governor, Sergio Cabral.

The President of the International Judo Federation, Marius L. Vizer, explained that “The Brazilian people are to be congratulated for being not only a world leader in finance, sport and education as well as the sixth world economy, but also because Brazil is a country where there is freedom and where people care about others, and a country where the most important values are the human values”.

Mr. Vizer then added that “Brazil is also a country, which has already had the success to host the greatest events on the planet and which will host the major sports competitions in the upcoming years, among them: the Judo World Championships 2013, the FIFA World Cup 2014 and the 2016 Olympic Games. The whole country is capable and is the perfect place to come”. As a conclusion, Mr. Vizer underlined that “together we can succeed in the introduction of the first Team Event to be held on the occasion of the 2016 Olympic Games”.

View all posts by: Abdul Rahim
One Response to “Global Launch Event for the Judo World Championship, Rio 2013”