Asian Kickboxing Championships: The home country won a total of 27 gold, 25 silver and 23 bronze medals to lead the medal table, while Iran, with 22 gold, nine silver and 12 bronze followed. 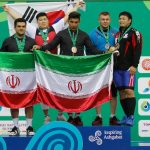 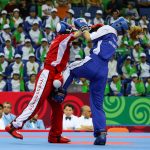 The host added a mammoth 25 medals — 13 gold and 12 silver —to its collection on the final day. Iran was the second most successful team on Sunday, bringing in nine gold and three silver medals.

Turkmenistan’s Gulzada Jorakulyyeva had a sensational tournament. She won two gold on the last day, in the 65kg low kick and full contact categories, to take her final tally to three gold medals. Jorakkulyyeva had made the kick light title her own on Saturday.

The 18-year-old was the joint most successful athlete of the five-day Championships, but remained humble.

“I worked really hard for this achievement and I’m glad I pulled it off. I was a bit tense going into the final day. There were two finals, so I knew I had to be really focused. The crowd kept mentally pushing me and I’m really thankful for their encouragement. I couldn’t have done it without their support.”

Kholova, who won both her final fights by identical 3-0 margins, said she was happy with her overall performance in the competition.

“I achieved all the aims I had in mind while coming to Turkmenistan. Now I’ll go back home and take a little break. I’m hopeful I’ll be able to return to this country in September and win medals again. I’ll certainly give it my best shot.”

The Asian Kickboxing Championships were a part of the Inspiring Ashgabat Test Event Series, which also included the Senior Asian Weightlifting Championships and the Central Asian Short Course Swimming Tournament. The three tournaments were held between April 23 and 30. —- LAUREL NEWS SERVICES