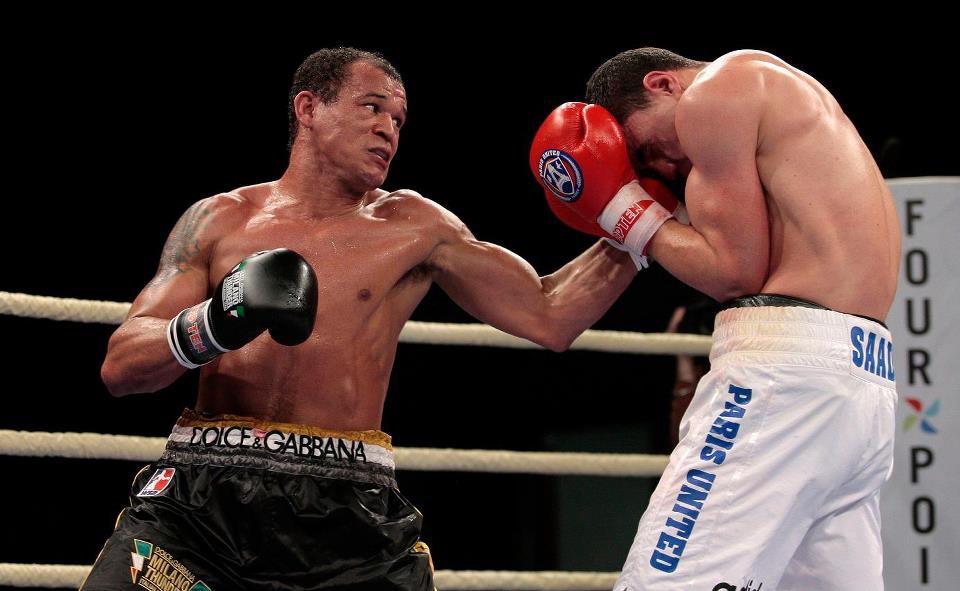 Lausanne, Switzerland, March 22, 2012: It does not get any bigger than this, as the four best teams in the WSB go head-to-head this weekend in the first leg of the semi-finals. The best fighters in the competition take to the ring for some pulsating action. On Friday, the stylish Astana Arlans battle the mighty Dynamo Moscow. It will be the third time this season that these two Eastern titans have gone head-to-head. Saturday, all eyes with then turn to the momentous clash between the glamorous Dolce & Gabbana Milano Thunder and the irrepressible Baku Fires. WSB Explosive

It will be pure unadulterated boxing pleasure for all viewers with both matches broadcast LIVE on www.worldseriesboxingtv.com.

Astana Arlans will look to use home advantage when they welcome Dynamo Moscow to the packed ‘Daulet’ Sports complex in the heart of the Kazak capital. The last time these two met at this venue, it was Astana who triumphed 3:2 in a very close contest. That night the boisterous fans had to wait until the very last round of the very last fight to find out who was victorious. The Heavyweight bout between Astana’s Ruslan Myrsatayev and Moscow’s Sergey Kalchugin on Friday will be a repeat of that particular fight. It promises once again to go to the wire.

There is an intriguing match-up in the early Bantamweight contest as the experienced Mirzhan Rakhimzhanov lines-up for the home team against the 21-year-old Russian orthodox rising star, Vladimir Nikitin. The Astana fighter only recently came back to WSB action, but it was a successful re-introduction, as he looked classy in his only previous fight this season against the diminutive Ukrainian Ivan Ilnytskyy. Nikitin on the other hand has proved his worth with two victories in his three fights.

Huge interest will be bestowed on the Lightweight bout when Kazak heavy-hitter Merey Akshalov does battle with one of WSB most accomplished boxers, 27-year-old Belarusian southpaw Vazgen Safaryants. These two have quite some pedigree and are extremely gifted fighters, so it could be a real feast, with hardly anything to choose between these two top talents. Dynamo Moscow’s Safaryants boasts an unblemished record in his two WSB seasons, winning all of his eight fights.

Astana Arlans’ 21-year-old prospect Miras Bairkhanov has already made the competition sit up and take notice with two TKOs this season. He will be facing Vitali Bandarenka, who has yet to register a win in his two fights this season. It is the unpredictability of this competition that makes it so exciting so you cannot predict who will come out on top in this Middleweight contest.

Danil Shved could be termed as a late bloomer at 28 years old. This Russian orthodox fighter has however taken the Light Heavyweight division by storm, recording three wins in as many fights for Dynamo Moscow. He will be pitted against the Arlans’ Uzbek RamzjonAhmedov, who will have been buoyed by his last outing when he beat fan’s favourite Kennedy Katende from the Mexico City Guerreros. This one will be very close.

This is a mouth-watering tie with two of the most exciting teams looking to progress to the Finals. One the one hand we have the class of the home team, Dolce & Gabbana Milano Thunder, and on the other, the brawn and intelligence of Baku Fires. It will be some spectacle when these two lock horns over two legs, but Milano will look to use the Mediolanum Forum crowd to their advantage in the first of these two encounters.

Top ranked Bantamweight Gairbek Germakhanov is a frighteningly good boxer and will represent a tall order for Milano’s Vicenzo Picardi. The Italian though is an experienced campaigner and will seek to use his height and reach advantage to gain the upper hand. This will be nothing short of explosive.

Having started the season so well with four successive wins, Baku’s Madadi Nagzibekov looked on course for qualification to the Individual Championships. However the 27-year-old Tajik came unstuck with two losses in his last outings. Serbian National Champion Branimir Stankovic will want to exploit this lack of form to record his first victory in the WSB. A fascinating Lightweight contest that will surely be tight.

Irishman William McLaughlin has proved himself both reliable and entertaining for the Milano Thunder, with this 26-year-old orthodox fighter packing so much power in his punches. His fearless approach has brought him four wins in as many fights in his debut season, with the last two ending in TKOs. He is simply an awesome proposition. He will be facing 21-year-old Azeri Osman Aliyev in the evening’s Middleweight contest. The Baku Fires man will be taking to the ring for the first time this season and will look to use the element of surprise on one of Ireland’s finest.

Having been disappointed by his own previous performance in the quarter-finals, Imre Szello requested he put things right and showcase his array of talent in the Light Heavyweight bout. The Hungarian icon can hurt even the best of fighters and he will be looking to dish out the punishment on Baku’s 19-year-old southpaw Vatan Huseynli. The Azeri is rated very highly by his coaching team and they have predicted that he is ready to explode onto the international scene. This one will delight the spectators.

The star attraction of the night will be WSB Heavyweight World Champion Clemente Russo, who continues to wow fans worldwide with the quality of his technique. A master tactician, Milano’s Italian 29-year-old has yet to taste defeat in his twelve WSB career fights. A great mover with terrific combination punching, he is the dominant force in his division. He will be facing Azeri southpaw Haji Murtuzaliyev who has a mixed record in the competition but is capable of beating anyone of his day. With pride at stake, these two colossi will surely put on a real show.