Home  »  OTHER SPORTS   »   Wheelchair Rugby Set to Impress at Paralympics 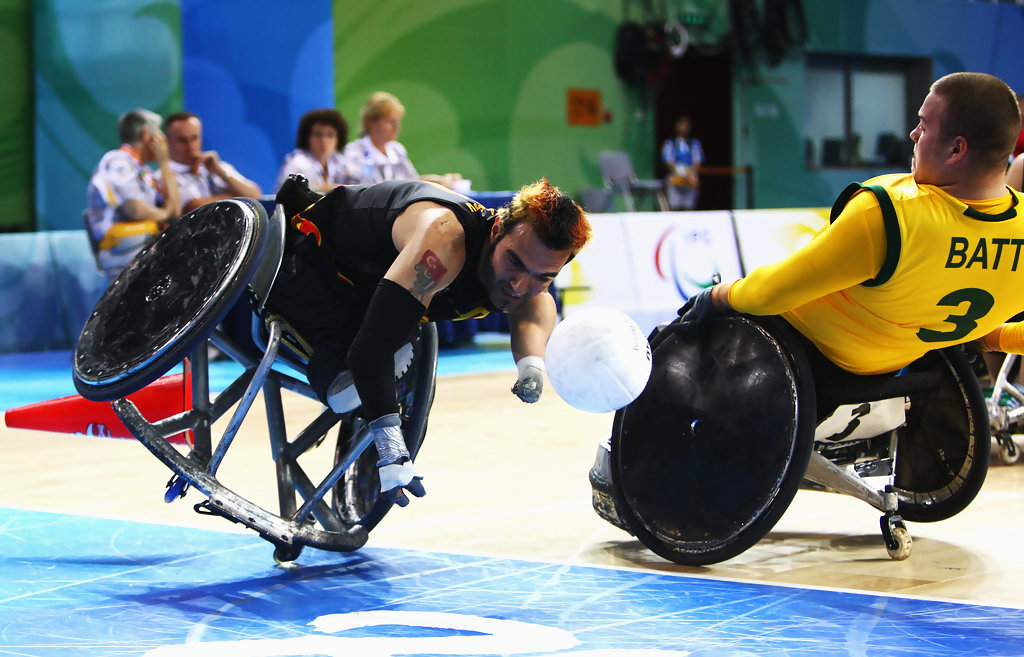 Dublin – Ireland, September 04, 2012: International Rugby Board Chairman Bernard Lapasset believes that Wheelchair Rugby will capture the imagination of sports fans around the world when the Paralympic competition begins on September 5.

The IRB enjoys a close working relationship with the International Wheelchair Rugby Federation (IWRF), having signed a memorandum of understanding in 2010 to work together on matters of mutual interest and Lapasset believes that the competition will capture hearts and minds at London 2012.

Lapasset said: “Wheelchair Rugby is a successful Paralympic sport and is growing all over the world in terms of participation and popularity thanks to its winning blend of world-class competition and entertainment.”

“I am very much looking forward to what promises to be a spectacular competition in London and an event that promises to springboard the sport to new audiences and fans thanks to the enormous global broadcast platform of the Games.”

IWRF President John Bishop said: “The IWRF is excited for the competition to begin on Wednesday and expects that this will be the most competitive field of teams yet assembled for Paralympic Wheelchair Rugby. We are honoured that Mr Lapasset and others from the IRB will be travelling to London to share in the Games and lend their support to what these athletes are doing.”

The five-day event that will see the world’s top eight teams compete for gold is traditionally one of the most popular events at the Paralympics and the London 2012 Wheelchair Rugby competition has proven to be the hottest ticket in town being the first event of the Games to sell out.

Wheelchair Rugby is a mixed team sport for male and female quadriplegic athletes and is played on a standard basketball court. It combines elements of rugby, basketball and handball as players compete in teams of four to carry the ball across the opposing team’s goal line. Played in four quarters of eight minutes each, the team with more points at the end is declared the winner. Contact between wheelchairs is permitted. In fact, it is an integral part of the sport as players use their chairs to block and hold opponents.

In London, eight nations will be going for gold, with the USA and Australia starting as favourites. The Americans have been crowned champions at three of the four Paralympics to date but Great Britain impressed at the London Prepares event earlier this year and is likely to challenge. The other teams are Japan, France, Sweden, Belgium and Canada.

Since the agreement was sealed in 2010, the federations have shared resources and information in respect to player welfare, created communications alliances and exchanged training and education resources.

This year, the IRB assisted with the development of the IWRF’s official website, www.iwrf.com, which is the platform to reach out to new fans and players and deliver all the latest news, resources and information on the hugely popular sport.

Lapasset added: “We hugely value our close collaboration with the IWRF. The partnership, built on shared values, is enabling enable both parties to work together on key areas of mutual benefit such as athlete welfare, training and education best practice, strategic planning and cross promotion.” For more information go to www.iwrf.com —— IRB/Image: zimbio.com