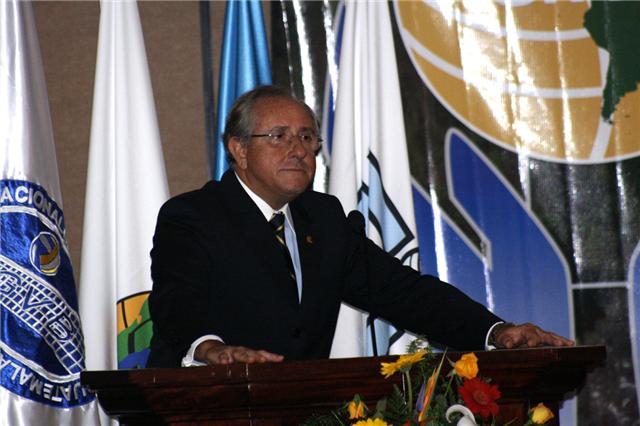 By Will Shand, Rio de Janeiro-Brazil, May 04, 012: VERO Communications, a leading international sports marketing and communications agency, together with its Brazilian office, MLA TRUE Communications, has been appointed by Dr. Ary Graça, President of the Brazilian Volleyball Federation, to support his bid campaign for the Presidency of the Fédération Internationale de Volleyball [FIVB].

Under Graça’s leadership, the Confederação Brasileira de Voleibol has become a leading national federation in Volleyball and the Brazil men’s team are the current World Champions and the women’s team are the defending Olympic Champions. As President of the Viva Volei Institute in Brazil, Dr. Graça also has extensive experience in developing programmes that harness Volleyball’s core values, having overseen the growth of Viva Volei which now works with 200,000 children across 13 states.

Commenting on VERO’s appointment, Dr. Ary Graça said: “I believe that Mike Lee and his team possess the values and the track-record to help my campaign, which will be based on a plan to build the Volleyball brand on an international level. VERO’s work on previous bid campaigns together with their knowledge of the sports world and presence in the Brazil market makes them a natural partner. I am looking forward to sharing this journey with them.”

Speaking on VERO’s appointment, Mike Lee OBE, VERO Chairman, said: “We are delighted to be working with Dr. Ary Graça and his team on this Presidential bid campaign. Dr. Graça’s passion for Volleyball is infectious and his commitment and vision for the future of the sport is highly impressive. We will be working closely with Dr. Graça to bring his exciting goals and ambitions for the sport to life.”

1. Volleyball is considered to be one of the largest international sports in the world with 221 countries affiliated to the FIVB, and nearly 150 of those deemed to be underdeveloped countries, allowing significant room for commercial growth. The new President of FIVB will be elected at the 33rd FIVB Congress in Anaheim, USA in September 2012 replacing the incumbent FIVB President, Jizhong Wei.

3. VERO was established in January 2006 by Mike Lee OBE – former Director of Communications and Public Affairs for London’s successful 2012 Olympic bid – with the purpose of offering campaigning style communications, brand positioning, campaign planning, and stakeholder and media relations solutions to clients in the business of sport.

5. MLA True Communications based in Rio de Janeiro, Brazil, is the first overseas office of VERO Communications and was launched in May 2011. Image © norceca.org