The fourth edition of the U-12 youth world championship — which is baseball’s highest level of competition for 11- and 12-year-old players — will be staged in Tainan, Taiwan, from 28 July to 6 August. 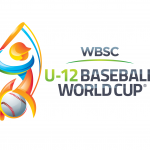 WBSC has assigned a wild-card berth to the nation of Panama after the Central American nation finished in 5th Place at the Pan Am U-12 Championship 2016, where the top four finishers qualified for the U-12 Baseball World Cup 2017.

“Congratulations to this global group of nations for advancing to the IV U-12 Baseball World Cup, and congratulations to the young athletes who, through their performance at the continental championships, have put their countries in this position,” said WBSC President Riccardo Fraccari. “The U-12 Baseball World Cup 2017 promises to showcase the global spread, youth appeal, national pride and excitement associated with our sport — key elements in our drive to earn a long-term place at the Olympic Games.”

The Final of the III U-12 Baseball World Cup in 2015, won by the United States, sold out the 11,000-seat Tainan Municipal Baseball Stadium, home of the club Uni-President Lions of the Chinese Professional Baseball League (CPBL). —- WBSC