Home  »  OTHER SPORTS   »   Table Tennis Remains Popular according to CSM 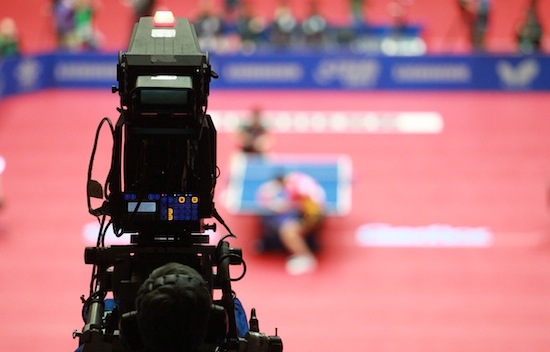 Lausanne – Feb 14, 2013: MEDIA REPORT, With 967 million cumulative viewers in 2012, Table Tennis is one of the most-watched sports on CCTV-5, China’s main sports broadcaster that is part of the China Central TV family of network.

“It seems that the Chinese population’s appetite for Table tennis continues to increase”, said Adham Sharara, President of the International Table Tennis Federation (ITTF). “Despite the fact that China is in a period of domination on the international scene, the Chinese TV viewers are increasing dramatically. In relation to number of hours televised, table tennis has become the No.1 most watched sport in China. This of course is very good news for our sport in China and also for our sponsors that target the Chinese market.”

The most popular Table Tennis match of 2012 was from the 2012 London Olympic Games; the Men’s Singles Gold medal match between Zhang Jike and Wang Hao had 34 million viewers glued to their screens.

These figures were part of the “Sports on China TV Year Book 2013™”, a comprehensive TV Audience Analysis and Media Evaluation Report by CSM Media Research.

“Once again, Table Tennis has managed to attract strong audiences across all the channels that aired its competitions in 2012, be it the World Tour, the World Championships, the World Cup or the Olympics and local competitions,” noted Pierre Justo, Managing Director of Media& Sports Research at CSM Media research-KantarSport. “Interestingly, table tennis succeeded because it is very ”popular” in China in the sense that it has the capability to reach out to wide target groups such men and women, people from different age categories, as well as both urbanites and rural citizens. With that potential, it is not a surprise that table tennis still continues to be one of the leaders of sports on TV in China.”

In addition, it was reported that there was a total of 1,856 hours of Table Tennis broadcast across all channels in China, and more than 357 hours on CCTV-5 alone.

“The sport has always been popular in China and the ratings proves that once again, Chinese people watch table tennis with great interest,” noted Anders Thunström, Managing Director of TMS International, the marketing arm of the ITTF. “We, TMS, will continue using these facts to secure sponsors for the ITTF and table tennis, as not only Chinese companies can benefit, but also International companies with their focus on improving their brand values and recognition in the Chinese market.”