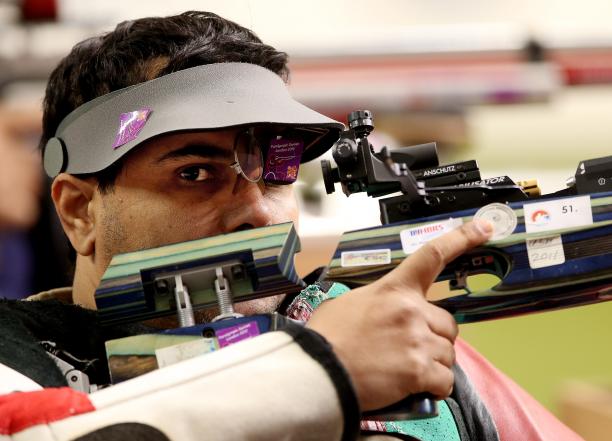 Germany, Mar 20, 2013: Around 300 athletes from 50 countries will compete in the Championships, which will feature 14 individual and 14 team medal events. The event will be staged at the Suhl-Friedberg Shooting Centre from 17-26 July 2014 and will be the first major international Championships for athletes of all nationalities following the London 2012 Paralympic Games.

The successful bid was submitted by the German National Paralympic Committee and the contract for the event was signed by IPC Chief Executive Officer Xavier Gonzalez and Dr. Karl Quade (NPC Vice President) from NPC Germany during the Sochi 2014 Paralympic Winter Games Chef de Mission seminar.

Xavier Gonzalez, the IPC’s Chief Executive Officer, said: “We are delighted that the 2014 IPC Shooting World Championships will take place in Suhl, at a venue that successfully staged the 2007 IPC Shooting European Championships.

“Following the huge success of London 2012 we are seeing more and more quality bids for our major Championships, and we are very excited about what will take place next year.

“For athletes it is important that they get the opportunity to compete in high level competitions, in addition to the existing World Cups. Between now and Rio 2016 we are trying to build a pathway of events and this announcement is the latest addition to this growing sporting calendar.”

Dr. Karl Quade said: “We are delighted about the trust the IPC are putting in us to organise the World Championships.

“We are looking forward to welcoming the world’s best athletes to Suhl. Together with the city of Suhl and the state of Thüringen we are confident we will host a successful Championships.”

The Suhl-Friedberg Shooting Centre is one of the most modern facilities of its kind in the world and regular plays host to major international competitions.

In 2007 it hosted the IPC Shooting European Championships, an event that attracted 280 athletes from 46 different countries.

Between now and Rio 2016, the IPC is planning to develop a comprehensive competition calendar for the sport. In February, it announced that Alicante, Spain will host this year’s European Championships as well as World Cup events in 2014 and 2015, with the latter event acting as a Paralympic Games qualifier.

Next year’s World Championships will feature the new finals format agreed earlier this year by the IPC Governing Board together with decimal scoring (in 10m Air Rifle and 50m Prone Rifle events).

Decimal scoring will enable athletes to potentially add an extra 54 points to their overall qualification score and should prevent ties in the future. IPC Shooting has taken the decision to switch systems as part of its close relationship with the International Shooting Sport Federation (ISSF).

The new finals will see all athletes start from zero rather than carry over their qualification score. The lowest ranking athletes will be eliminated throughout the final until only the final two athletes are left in a “shoot-off” scenario to fight for first and second place.

The last IPC Shooting World Championships took place in July 2010 and were held in Zagreb, Croatia. A total of 246 athletes from 43 countries competed in 31 medal events, including 17 individual and 14 team events. —- IPC/© Getty Images